Twitch streamer MrSimple has beaten the world record for most kills by a single player in Apex Legends, overtaking the previous record of 33 held by NRG player Dizzy.

Dizzy set his astonishing world record on February 11, racking up over 5,000 damage to obtain 33 kills – wiping out over half the lobby.

It was expected that this record would stand for sometime, but less than a week later it has been beaten by a single kill, with MrSimple pulling off 34 kills, and hitting 6,067 damage in the process. 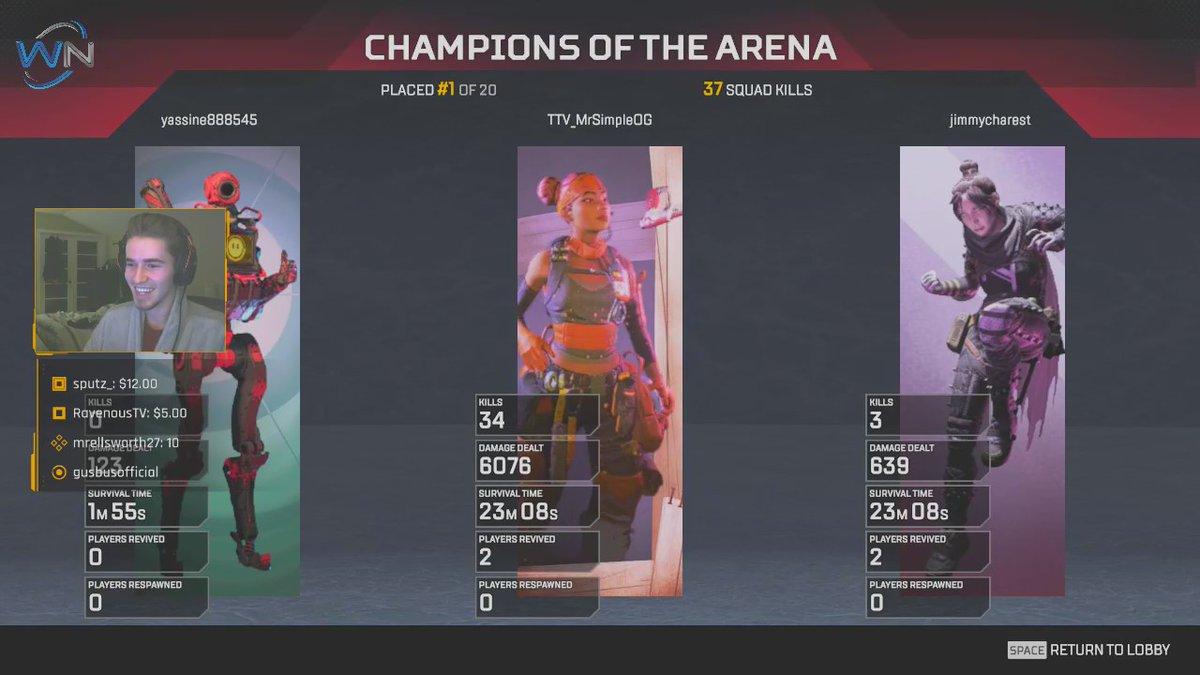 MrSimple wasn’t playing with a set squad at the time either, instead simply heading into the match solo and being matched with two random teammates.

Without even communicating with his two randomly matched teammates, MrSimple dropped down into a busy Skulltown, and got to work with a Peacekeeper shotgun.

With still half the teams still up, MrSimple had already racked up 15 kills, and was well on his way to breaking the record. He continued to stomp the entire lobby, ending with 34 and the jaw dropping damages stats.

It’s a remarkable individual gameplay, and one that could give MrSimple a boost in his streaming ambitions, as it has done for Dizzy.

Dizzy’s impressive performances even saw him pair up with top streamers Tyler ‘Ninja’ Blevins and KingRichard for the Apex Legends Twitch Rivals and Code Red tournaments – winning both.

You can see the full list of Apex Legends world records so far here. For console, the record for most kills by a single player is at 29, by Casdg_.

Dizzy, and many other top Apex Legends players, will now be out to claim this world record for most kills by a single player, but it will be no easy feat.