Respawn have made valiant efforts to buff the Mozambique in Apex Legends, but this simple fan idea could be the solution that the shotgun has been crying out for.

Apex Legends boasts a wide array of weapons that are at players’ disposal. Supporting anything from close-quarters combat up to long-range sniping, the popular battle royale provides a plethora of customization options for each weapon.

However, while some weapons receive a significant boost to their effectiveness from attachments and Hop-Ups, the Mozambique has lagged behind its short-range counterparts. 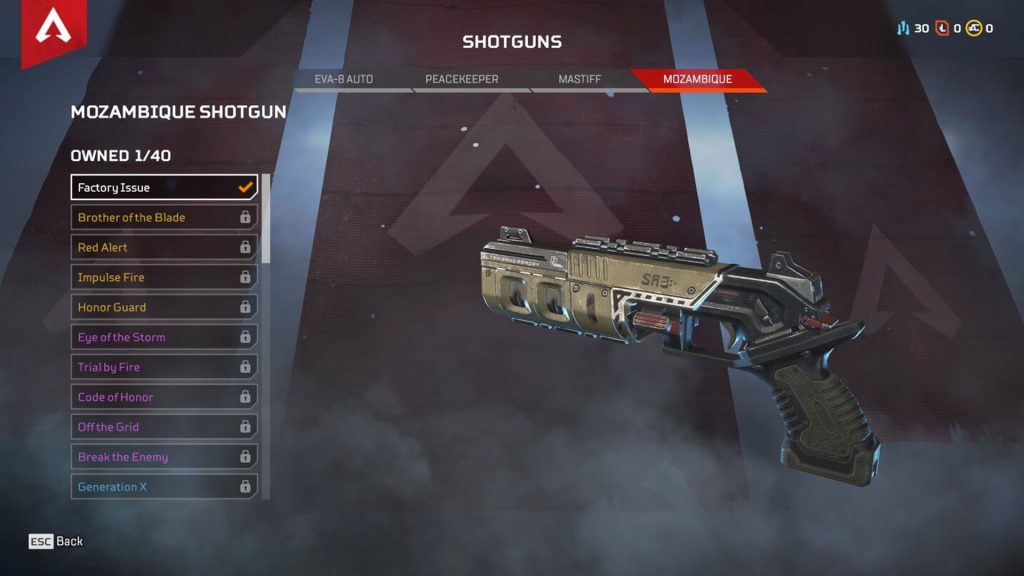 The Mozambique currently competes with the likes of the Peacekeeper and Mastiff in the shotgun class alone.

The character quip “Mozambique here” still shudders through World’s Edge to this day. Despite its minor buff by way of the ‘Hammerpoint Rounds’ Hop-Up, players are still calling out for a base damage buff.

With the Hammerpoint attachment equipped, players will inflict more damage to unshielded opponents. While on paper this offers its obvious benefits, encountering a situation where this pays off is few and far between.

Since players rarely have fully depleted shields, one Reddit user pointed out a simple improvement that would substantiate the Mozambique’s worth in the (already) competitive pool of shotguns.

Posted to the Apex Legends subreddit, the player points out that slight base damage increase “from 15 to 20” would do the trick, while hinting towards combining two of the shotguns akimbo style.

I’d like to take this opportunity to recommend a buff to the Mozambique pellet damage. From 15 to 20 per. Also, if we can dual-wield in the future to allow us to pick 2 different skins for each. Thank you. from apexlegends

Of course, the damage buff would net an increase in damage per minute, while dual-wielding the Mozambique would double both the rate-of-fire and magazine size, respectively.

Given the shotgun’s reputation as somewhat of a meme within the community, the logic of combining both weapons for “twice the disappointment” was laughed off by Redditors in a post that received almost 24k upvotes.

Nonetheless, increasing the weapons base damage, fire-rate and magazine size all in one hit would most definitely place the weapon in contention with the EVA-8 Auto.

However, the Peacekeeper and Mastiff are in a league of their own when it comes to their effectiveness in close-quarters situations – and in the Peacekeeper’s case, at long-range with the Precision Choke Hop-Up.