It turns out that the Apex Legends knockdown shields are so strong they can completely deflect a sniper shot from a Kraber.

When a player is downed in Apex Legends, they have the option to put up a shield that will protect them from bullets, and that gives their team a chance to clear the area for a revive.

However, the shield can’t last forever and when it goes down, you’re left completely defenseless and your death is surely following. 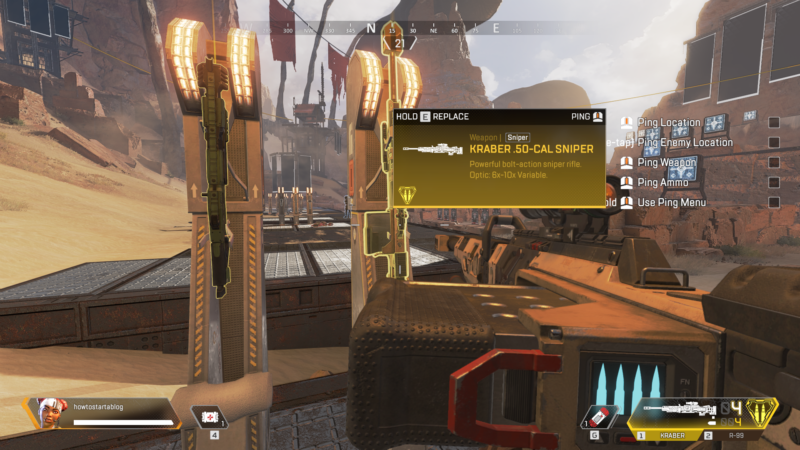 The Kraber is one of the strongest weapons in the game.

As it turns out, the knockdown shield has the ability to not only block bullets, but it can also ricochet them back at who is shooting at you.

A clip that was captured and posted to Reddit by Apex Legends player dw_supreme that showed the shield launching a bullet from the Kraber back at the player.

The clip shows the moment in slow motion so it’s pretty unmistakable that that’s what happened here. In what is surely a bug, this deflected show could possibly even eliminate an opposing player which would be absolutely insane to see happen.

Players have reported similar situations like this in the past so it has been persistent, but nothing too game-breaking or annoying as of yet.

The developers haven’t said if this is actually working as intended or if it’s a bug, but it’s certainly leaning more towards being a bug. It’s not really known if your own bullet can kill you but if there was ever a chance to see if that’s possible, this would be the way to check it.

Of course, if your own bullets can’t actually hurt you then it’s not really a huge deal if the bullets are deflected as it means the shield is still doing its job.

If this actually is a bug then you’ll have to keep an eye on the Apex Legends Trello board to see if it pops up sometime in the future. In the meantime, try and see if you can get an enemy to kill themselves with their own shot for ultimate bragging rights.