The addition of World’s Edge map in Apex Legends: Season 3 has impressed many fans of the popular battle royale, but players have found a bug in the new arena allowing them to hide inside rocks.

The replacement for King’s Canyon in Season 3, World’s Edge, has introduced new terrain for players to experience such as the molten lava river surrounding the Thermal Station.

However, some players have managed to exploit the new battlegrounds after discovering that their characters could hide inside of rock textures on the map. 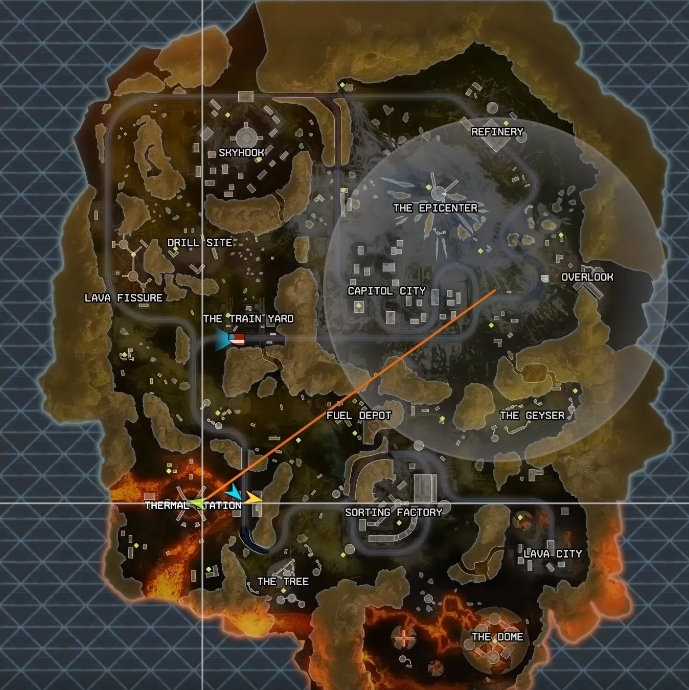 A bug on the new Worlds Edge map allows Apex Legends players to hide in rocks.

A video of the glitch was shared on the Apex Legends subreddit by u/rawnoodles1, showcasing how frustrating it can be when playing against players abusing the glitch.

The game displayed was in its final stages near the Rain Tunnel when their final opponent jumped out from the rock catching one of their teammates off guard and downing them before retreating back behind the rock texture.

Despite their best efforts, the opposing player could not be killed while he was in the texture and they had to wait for him to leave the rock and fight before being able to secure the victory.

Have any of you encountered this? They were inside the rock. from r/apexlegends

Players have been left confused due to the nature of this glitch, with many looking to take advantage of it by setting up traps on unsuspecting players.

Apex Legends fans have also claimed that there are other rocks in the map, outside of the one at Rain Tunnel, that can provide a similar advantage over the opposing players, allowing players to hide in the texture.

The glitch is already quite known amongst some of the battle royale’s fans and it is likely that Respawn will be looking to patch this bug in future updates.

This is not the first strange glitch that has been found since the release of Season 3 Meltdown, as an unusual bug that can damage teammates after being revived was also occurring in player’s lobbies.