This unusual glitch with Wraith’s Dimensional Rift has led to Apex Legends players being completely trapped in a ceiling.

Apex Legends is one of the most popular battle royale games available, however, it does also come with its fair share of glitches and exploits.

Although they tend to get patched by developers Respawn Entertainment relatively quickly, any player who is lucky (or unlucky) enough to encounter them can often have their game ruined. 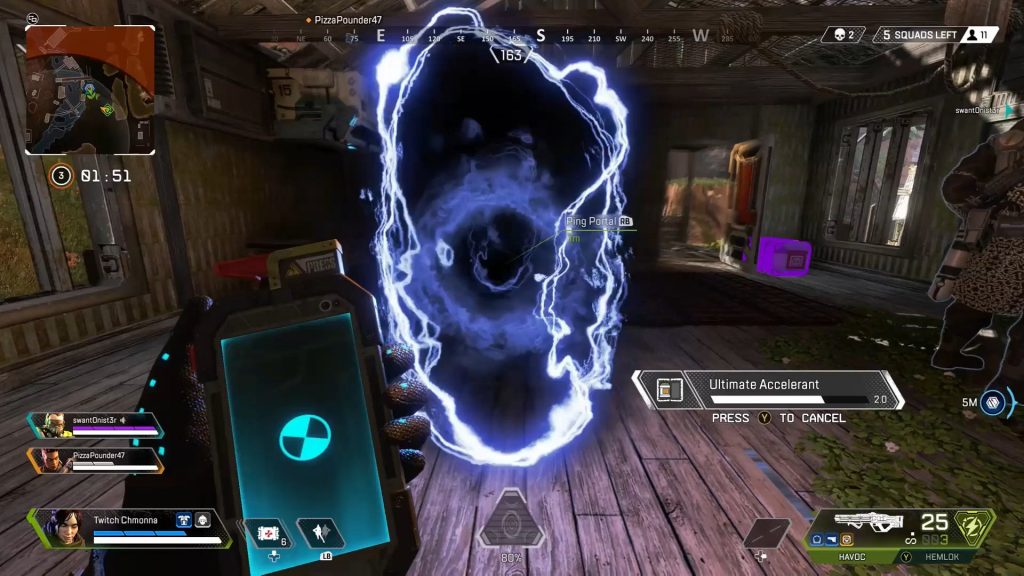 Wraith’s Dimension Rift ability has been the cause of many glitches in Apex Legends.

Wraith’s ultimate ability, Dimensional Rift, has been host to many bugs in the past due to the unique nature of the two portals that it opens.

One Apex Legends player, u/TechnoPup, revealed that they had encountered yet another glitch with the fan-favorite character after they chased an opposing Wraith through a portal.

To their surprise when they came out the other end of the Dimensional Rift, TechnoPup appeared to have been trapped in the ceiling while remnants of the portal remained around their character.

I’m never going through another wraith portal again from apexlegends

TechnoPup seemed to try everything to escape from the glitch, even using Pathfinder’s grapple ability to pull the character out of it.

However, unfortunately for the player, even that did not seem to do the trick, as the grapple just continued to cycle endlessly against the floor.

“After the recording, a lifeline walked in and killed me. I was knocked in the air.” the player later commented, explaining that even after being knocked they could not escape the bug.

There have been similar bugs including Wraith’s portal in the past, including one where the player was stuck in a continuous loop while traveling between the character’s two rifts.

Others even allowed players to create infinite portals, though this was later patched in an update, but had been possible for months.