Professional players for esports organization Team SoloMid have admitted to ‘teaming’ with fellow Apex Legends pros from Sentinels in a scrim, apologizing for their “childish” behavior.

TSM, well known for a host of esports teams and personalities, have established themselves as one of the strongest teams in the world, winning the $500,000 Apex Legends Pre-Season Invitational back in September.

Their player roster, consisting of ImperialHal, Reps and Albralelie is thought of as the very best in Respawn Entertainment’s battle royale. On December 13, they apologized publicly after they were found to have ‘teamed’ in a professional scrimmage. 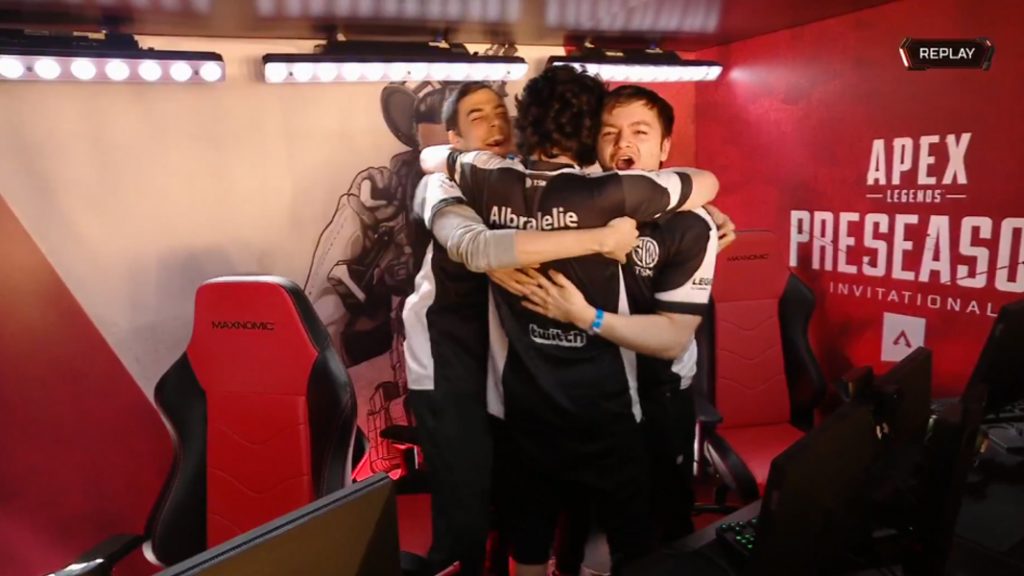 The community’s attention was drawn to the controversy after clips emerged showing the TSM roster ‘teaming’ with Sentinels in a professional scrimmage.

The clip came from the channel of ‘Nicewigg’, a controller-based Apex Legends professional who currently plays for CLG. After he was killed in a scrim, spectating TSM appeared to indicate that they were teaming.

Sentinels’ players retzi and zombs were those accused of teaming with TSM; deliberately not killing their enemies and joining force.

After being found out, a number of players on both rosters provided explanations and apologies.

ImperialHal led the apology, explaining that they thought it was funny in the moment. However, they now realize that they “ruined the practice for that game” and apologized for their juvenile behavior.

These sentiments were echoed by both his TSM teammates, and retzi of Sentinels.

We thought the lobby was dead but there is still no excuse for trolling like that. Sorry. Wont happen again.

There were mixed responses on social media, with some arguing that it was only a scrimmage, and the apology should be accepted. Others suggested that the pros should receive a ban or punishment of some kind, for a clear breach of professional rules.

At the time of writing, there has been no official acknowledgment or punishment handed out by Respawn Entertainment. Given that the match was not in an officially sanctioned tournament, it’s unlikely any action will be taken.