The spooky limited-time mode in Apex Legends is nearly coming to an end but that didn’t stop this insane player from risking it all in the pursuit of glory.

Released on October 15 as part of the Fight or Fright Collection Event, Respawn Entertainment introduced a brand new, limited-time mode in the form of Shadowfall.

Dropping 35 players into a match, players respawn as highly-mobile Shadows that deal increased melee damage to the remaining survivors. A frenetic game mode that encourages an aggressive playstyle, this play might take the cake for the most intense series of events in all of Apex Legends to date.

In an October 28 video shared to Reddit, ‘Gh0st96’ highlighted one of the most ridiculous moments in their time playing Apex Legends, aptly titled “I almost sh*t my pants, I present you my greatest escape.”

With the Evac Ship set to make its way onto the map in just over 30 seconds, this player had successfully made it through to the final seven players in the lobby yet things were about to take a turn for the worse. 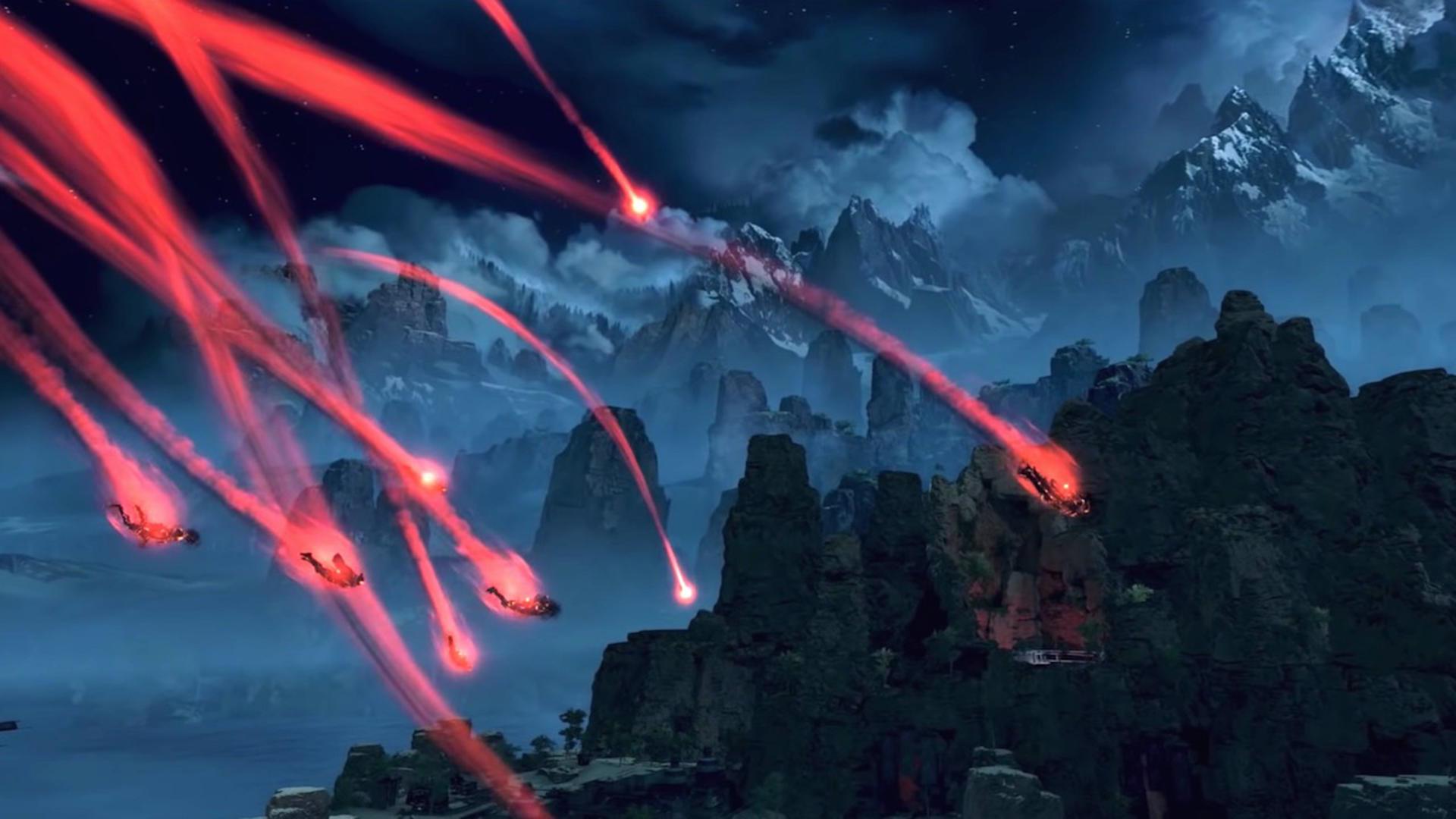 A terrifying sight as a multitude of Shadows respawn all at once.

Ziplining a great distance in order to approach the landing site of the Evac Ship, a Shadow is quickly eliminated as the background music starts to ramp up.

Setting up a new zipline of their own, the player quickly turned their attention to the sky above and noted the abundance of terrifying Shadows flying back down in close proximity.

As though it were a scene from an epic horror movie, they somehow managed to avoid nearly all damage while taking down five aggressive enemies in swift succession. Swapping from an SMG to a Shotgun they connected shot after shot despite just how frightening the moment truly was.

Sliding away, the player then accidentally missed their first Grappling Hook on the Evac Ship, landing themselves in some tremendously hot water as numerous other Shadows closed in.

Just in the nick of time, the second attempt finally connected and the player propelled themselves to safety aboard the ship.

I almost shit my pants, I present you my greatest escape from r/apexlegends

Without a doubt one of the most intense endings to a game of Shadowfall yet and with only a few days left before the limited-time mode disappears, it’s going to be difficult to top.

Recently a player was hit with some terrible luck while fleeing in Shadowfall, fortunately the game didn’t crash after this tremendous play or it all would have been for naught.