Apex Legends is well into its third season, and some eagle-eyed players have noticed that the train can trigger some hidden supply bins around World’s End.

Apex Legends Season 3 officially kicked off on October 1 and introduced a brand new map in the form of World’s End, which replaced King’s Canyon which had been the location used in the game since February.

One of the main attractions on the map is the train, which speeds around the map and can be controlled by players, and some fans have discovered that there some hidden loot crates dotted around the map that appears when trains pull into stations. 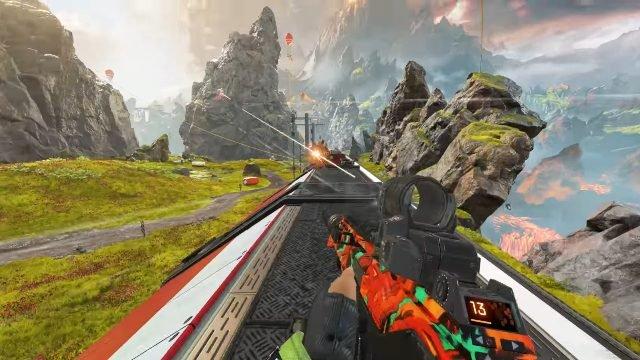 Players can ride the train around the World’s End map.
[ad name=”article2″]

In a clip posted to the Apex Legends subreddit by user Zachs_Drunk, the player shows the train pulling into one of the train stations dotted around the map at the many named locations.

Once it pulls to a halt, doors on the station’s floor open up, and a Supply Bin is propelled out of the ground, with players able to loot it before the train moves on. The Supply Bins don’t include any special loot specific to the train, but will hold new weapons, attachments, shields, and armor that could make the difference as you search for victory.

For those who may not know, when the train pulls into stations, hidden supply bins pop out which usually have useful loot! from r/apexlegends

Should you and your squad have the opportunity to commandeer the vehicle, you could even do a tour of the map, stop the train at each station and pick up all the loot from each of the stations, although you’ll need to be careful, as enemies may camp out at these locations hoping to pick off teams who try to nab the loot.