Apex Legends’ Heirlooms are the most sought after items in the game, but what happens if you get one that you can’t rock in the Apex Games? Here’s a savvy solution.

Respawn Entertainment has done the unthinkable in less than a year. After creating a battle royale which rivaled Fortnite, it has gone from strength-to-strength in recent times — with Season 3 being its most successful to-date.

While Apex Legends boasts fast-paced gameplay and a fluid movement system, it’s the game’s character cosmetics and associated loot that often steal the spotlight. Having released four Heirloom sets thus far, there is one problem that is driving fans around the bend.

The Pathfinder Heirloom set is the latest to be added to Apex Legends.

Just imagine… You open your umpteenth Apex Pack and see a fiery red color bursting out of the Loot Tick, only to find that it’s Lifeline’s Shock Batons that take center stage, but you run Wraith as your main.

Of course, this is still a fantastic addition to anyone’s collection. But it just takes away from the whole experience, when you’ll never really rock them inside World’s Edge.

Well, a savvy Apex Legends fan has come up with a very simple concept to perk up the downhearted.

Reposted on the Apex Legends subreddit, one fan brought light to an idea that previously went under the radar.

This is actually a really good idea from apexlegends

The crux of it is simple: introduce a function that allows players to trade-in their ‘unwanted’ Heirloom for one that’s more favored. In exchange for a trade, players will also lose either up to 100,000 Legends or 1000 Apex Coins (depending on preference).

While on the surface, this appears to be a canny workaround on the issue, it could take away from the rarity of Heirlooms altogether.

For example, it is no secret that Wraith and Pathfinder are the most popular characters in the game. By that logic, everyone will be trading their Shock Batons or Raven’s Bite for Wraith’s Kunair or Pathfinder’s Boxing Gloves.

The net effect will be a reduced rarity for the latter, which takes away from the whole concept of Heirlooms. So what can we do to solve the ‘issue’ at hand? 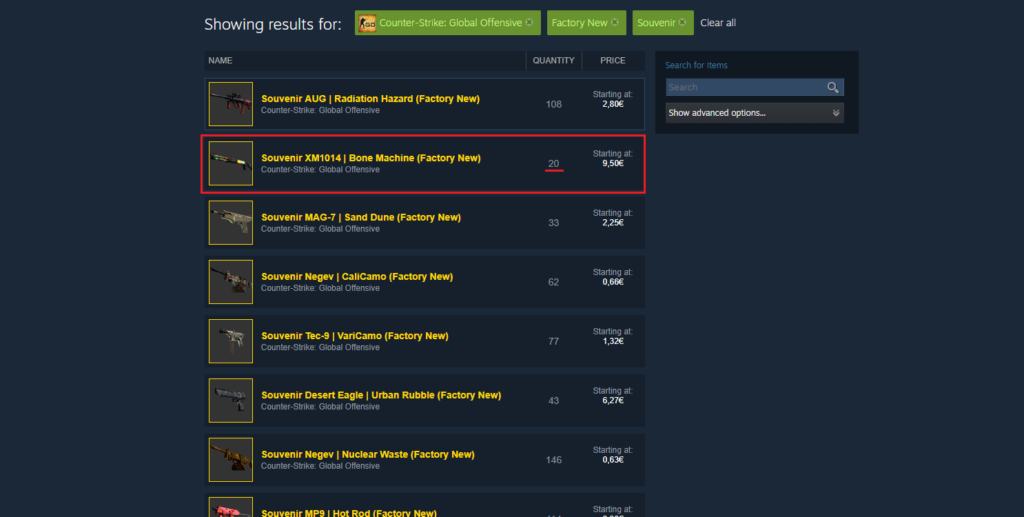 A marketplace akin to Steam’s could be the answer to all our Heirloom problems.

A trading system could indeed be the answer, but structured like a marketplace of sorts. Drawing parallels to CS:GO’s much-enjoyed trading system might prove beneficial here. That way, players could negotiate trades between their peers, without taking away from the value of each Heirloom respectively.

Of course, this system could be capitalized on to trade all kinds of cosmetics and loot. This would also solve the issue of countries such as Belgium being unable to open Apex Packs (i.e., they could save Legends Tokens/Apex Coins to spend/trade with on a marketplace).

Despite the above system holding some potential value, Respawn would have to implement a sophisticated framework to support it. Perhaps a bit much too soon, considering that the game hasn’t even been out a year at the time of writing.