A bug in Apex Legends has players falling to no end after launching from the dropship, though it seems like they’re going nowhere fast.

There have been numerous instances of World’s Edge not loading in its entirety throughout Season 3. That bug alone already ruins games, seeing as lobbies full of players have games shut down before they even begin.

But in some instances, it seems like the effects of multiple bugs can stack on each other, leading to a unique gameplay experience for some players. 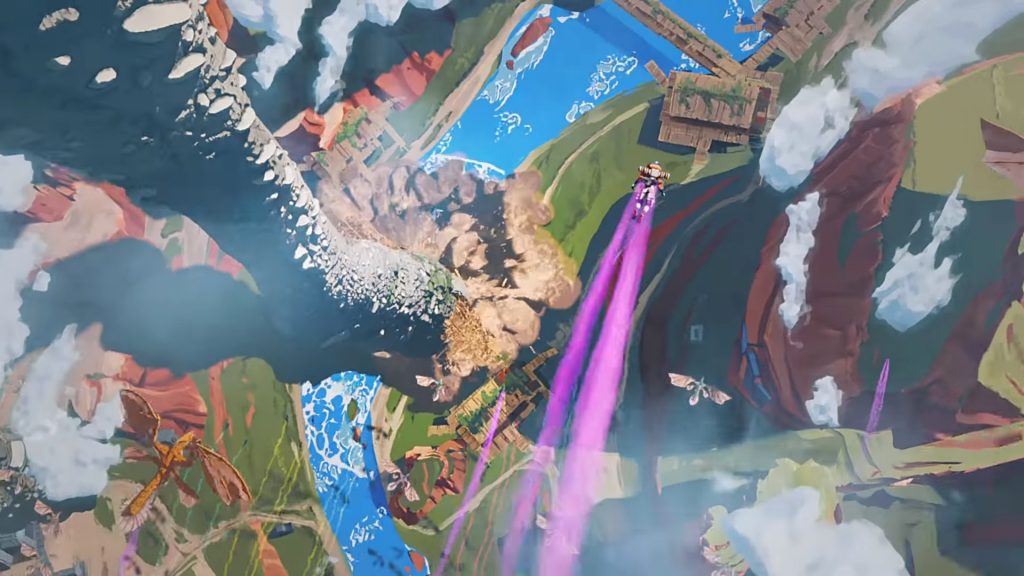 Apex players are noticing that they’re going nowhere fast in the glitched games.

Putting a spotlight on this effect is Reddit user ‘Modern169’ who captured their game of Apex Legends, which seemed to be more in the realm of an endless flight simulator rather than a battle royale.

The first thing people might notice is that World’s Edge has failed to load, making it another instance of a match where players have nowhere to land.

Even though there have been games where the ground appears to be missing, players have still managed to at least walk on something to punch their way to a Champion screen.

But it looks like the lobby full of players didn’t have that chance, seeing as they were perpetually gliding through nothing throughout the entirety of the game.

The clip obviously drew confusion from other players who were wondering if the glitch happened mid-game to which Modern replied, “Nope, the map just never loaded. We all got dropped into that abyss.”

Instead of a dark and endless abyss, however, the players were greeted with a vibrant, albeit disorientating display of images from the game.

While the light show was impressive, the players didn’t have a place to actually land in the glitch Apex Legends match.

The Pathfinder on screen can be seen flying through a sea of colorful contrails as they weave around the bugged sky.

In the video, it’s already the fourth round with seven squads remaining, but players were still falling as the altitude registered by the game was at an astonishing -1641 meters.

As with other glitched games, every player model seemed to freeze and stutter with every pass – giving the player one of the trippiest views of the Apex Games yet.

Respawn Entertainment’s battle royale is no stranger to bugged games, but it looks like these glitches might be a priority for the devs to try and patch out.