Apex Legends: How to get more Apex Coins, Legend Tokens and Crafting Metals

There’s a wide variety of incredible cosmetics available in Apex Legends, but in order to access them, you’re going to need to get your hands on some in-game currency like Legend Tokens and Crafting Metals.

None of these items provide players with any competitive advantage in the game, but they do help you stand out from the crowd – especially when you’ve got some classic skins to brag about to newer players.

So, let’s take a look at how you can get your hands on Apex Coins, Legend Tokens, and Crafting Metals in-game as these are vitals to getting cosmetics.

Players can purchase cosmetic items from the in-game store.

How to get Apex Coins

The easiest way to get your hands on new items is by buying some Apex Coins, which are available for purchase in the game using real-world money.

Players can spend anywhere from $9.99 up to $99.99 on this currency, which can then be used to buy Apex Packs, specific items found in the in-game store, or features from the Armory.

How to get Legend Tokens

Legend Tokens cannot be purchased with cash and are awarded to players for reaching the next level, allowing players who earn enough of them to unlock new legends from the store.

With leaks from data miners seemingly revealing the names and abilities of some potential new arrivals for Apex Legends, it seems like a lot of new content is on the horizon. So, the more Legend Tokens you have, the better.

Legend Tokens or Apex Coins can be used to unlock new characters.

How to get Crafting Metals

Finally, players can also unlock new items using Crafting Metals. These can be exchanged for weapons skins inside the Armory, but currently, the only way to get your hands on them is inside Apex Packs.

For players who don’t really want to spend any cash on in-game cosmetics, Apex Packs can also be unlocked by simply playing the game, as they are offered as rewards to players who have leveled up and through the battle pass too.

You can find different variants of Crafting Materials inside these packs, too. These include Common (15), Rare (30), Epic (200), and Legendary (600) types, which all have a different value. The rarer the Crafting Materials you find, the more currency you will have to spend on crafting cosmetics. These typically sell for between 30 to 1,200 Crafting Metals a piece. 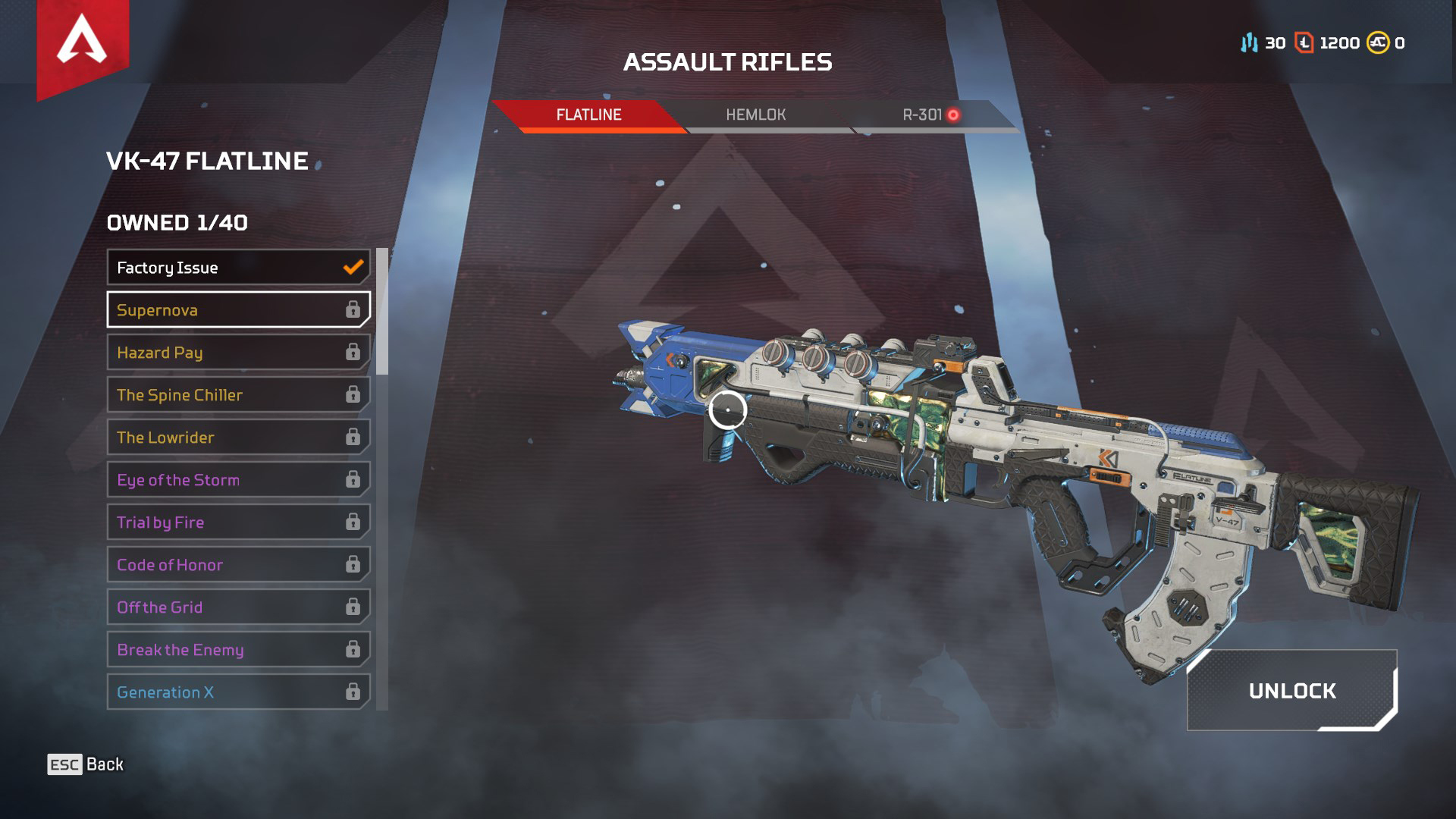 Crafting Metals can be exchanged for new weapon skins.

Respawn have also revealed the expected drop rate for the rarity level of items that can be found inside them, with players having a 100% chance of finding at least one rare item inside.

For those planning on buying Apex Packs but worried about getting the same item multiple times, Respawn have confirmed that Apex Packs have duplicate protection, meaning that once you have unlocked an item, you won’t receive it from an Apex Pack again.