There is a glitch currently in Apex Legends that is switching players’ point-of-view to third person, creating a very awesome alternate version of the game.

A lot has changed in Apex Legends since its release back in early February, especially with the launch of Season 3: Meltdown introducing a whole brand new map.

However, one thing that has remained firmly constant is that fact that the game is played solely in first person, and there are no options for alternate POVs that some other battle royales offer.

And while there are no indications that Respawn Entertainment would ever add such an option, the game did so on its own thanks to a bug that is changing the view players have from first to third person.

You can see a demonstration of this in the clip below, which was captured and posted on Reddit by user ‘Spaghetty4Brekky.’

Went into 3rd person view when I was about to get respawned and my squad died. Has this ever happened to anyone else before?! from r/apexlegends

As the user revealed in the caption, this bug kicked in when their squad got full eliminated as they were trying to respawn the Wraith back onto the map.

Once the last player was killed, instead of the match recap screen popping up, the game instead momentarily went to a black screen, after which the match resumed but with the Wraith showing up in third person.

However, it doesn’t appear that the player was actually in the match that they had just been eliminated from, but rather stuck in an alternate limbo version of the game where the character was given freedom to run around with no one else on the map. 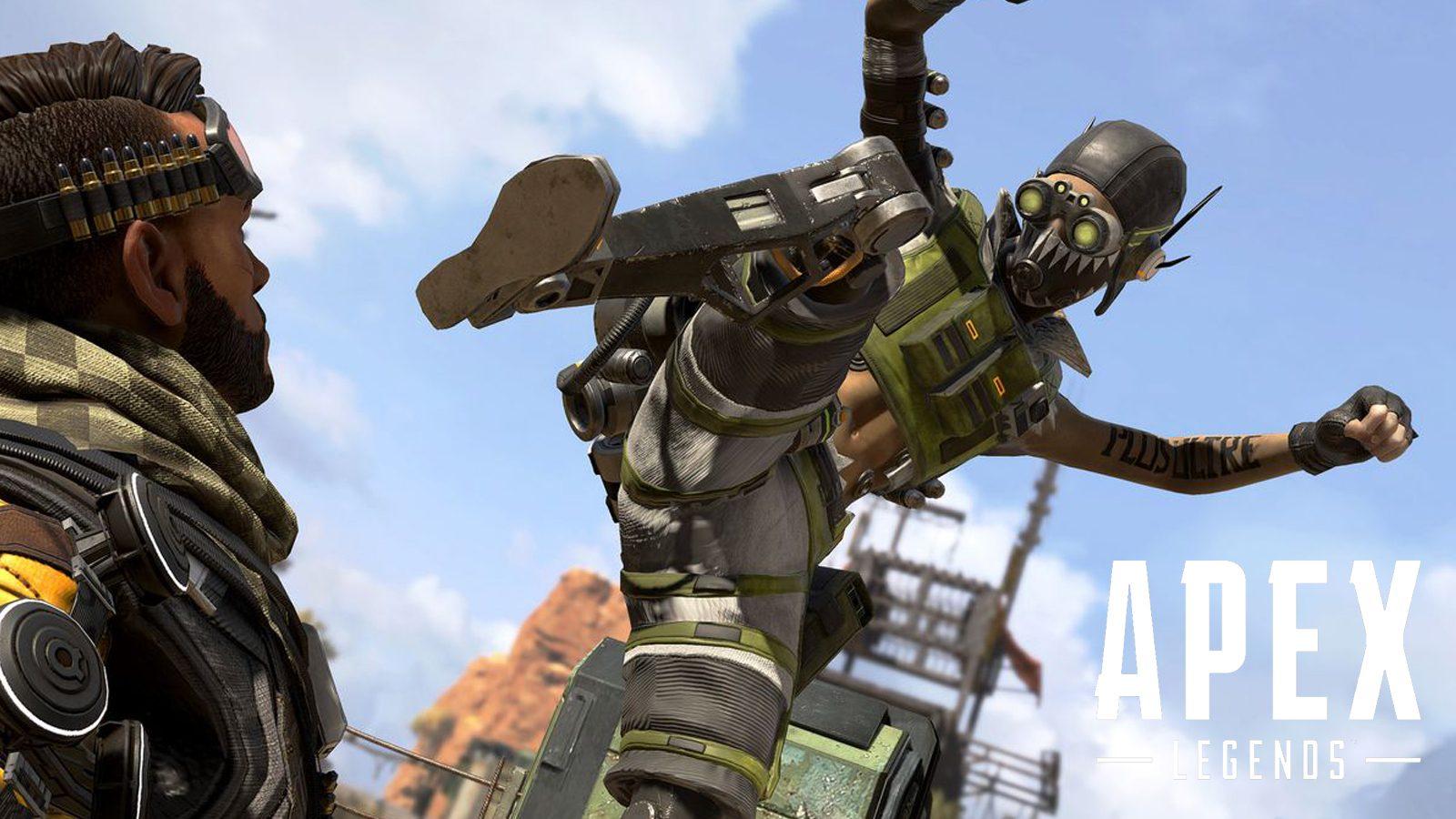 Aside from Finishers, there is now way for players to fully see their character while playing Apex Legends.
[ad name=”article4″]

At this point, it’s unclear exactly when this glitch shows up in-game, although it likely has to do with a team being eliminated at the exact moment that one of their players is being respawned back onto the map, just as it happened in the clip above.

And while the change in perspective was due to a glitch, there is no denying that the overall effect was actually pretty incredible to look at. At first glance, one wouldn’t think it was a bug but rather a new version of the game released by Respawn.

Despite not actually being in an online game, the player was still able to pull off all of the regular movement mechanics including the Wraith’s sprint that many player affectionately refer to as the ‘Naruto sprint,’ in reference to the running style used in the popular anime series.

Of course, there’s little to no chance Respawn would ever add a third-person option to Apex Legends, but players at least now have a visual of how it would actually look in-game.