New skins are a big deal in Apex Legends and Kevin Anderson, an artist who worked on the game, has shared some concepts he had for skins that would be instant hits.

Apex will kick off their “Fright or Fight” Halloween event on Tuesday, October 15 and it’s bringing a ton of new skins for players to collect as well.

With all the new Apex skin hype flying around Anderson, now the character lead at Ubisoft decided to share two skin ideas he had for Bloodhound and Pathfinder – which due to legal reasons, never made it into the game.

Skins that Pathfinder and Bloodhound deserve

Anderson’s scrapped idea for a Pathfinder skin was based on the robot Chappie from the 2015 film of the same name.

Pathfinder as Chappie is a skin idea that’s been thrown around the Apex community before, but it’s cool to see that someone who actually worked on the game liked the idea enough to create a concept.

Doodles for skins I had done at home but knew (for legal reasons) were never meant to be 🙁 #apex #Apex自己紹介カード pic.twitter.com/vV9pvQe5Zp

Bloodhound gets a great Predator-inspired skin, with the alien’s hair fitting right into the legend’s headgear.

Both the Predator and Bloodhound have impressive tracking skills which makes this concept a near-perfect fit. 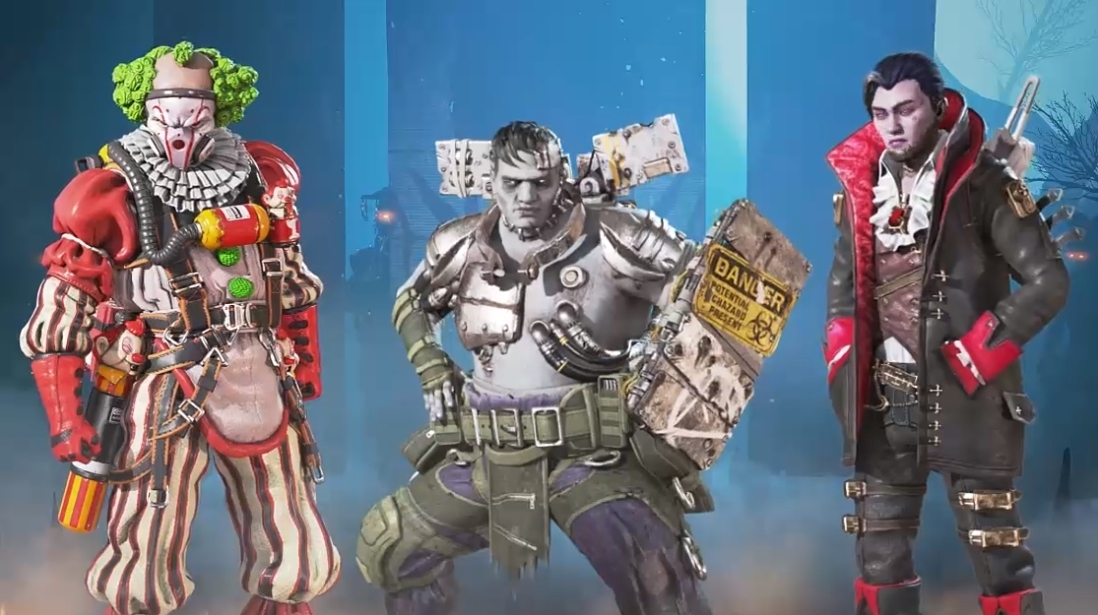 There are several new Halloween-themed skins actually coming to the game too.
[ad name=”article4″]

When do the Halloween skins drop?

The October 14 trailer for the Fight or Fright event showed a darker side of Kings Canyon and also a new Halloween costume skin for each legend (except poor Pathfinder).

Along with all the new cosmetics and skins, Fight or Fright will also introduce a new Heirloom item for Lifeline – with possible images of the new item leaked back in September.

Apex Legend’s Fight or Fright event runs from October 15 to November 5, which gives players just over two weeks to get the skins and cosmetics they want.

Predator Bloodhound and Chappie Pathfinder might not be available in-game, but at least you can pick up Mirage’s hilarious cowboy costume.