An Apex Legends bug is making it impossible for some players to cooperate with the game’s “Return to the Battle” advisory, leading to instant deaths.

Respawn Entertainment’s battle royale has seen a ton of strange bugs throughout its lifespan ranging from glitches with Wraith’s portals to Respawn Beacons dropping players off at the wrong locations.

While the devs have been hard at work trying to keep the amount of bugs in the game at a minimum, players are discovering new ones everyday with some being even more problematic that the last. 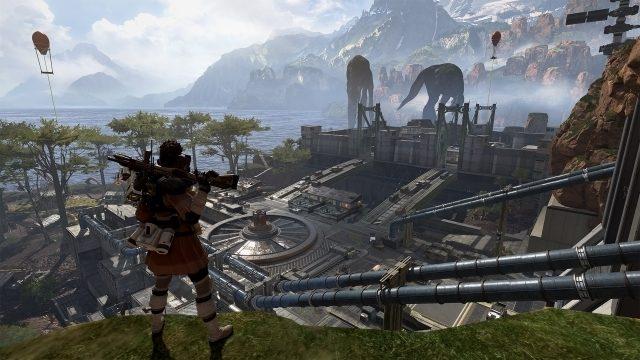 In a Reddit post, user ‘ThePashupatee’ showed a clip of his glitched Apex Legends match where the game kept insisting him to “return to the battle” even though he was well within the allowed parameters.

Trying to avoid being wrongfully eliminated from the game, the player can be seen riding a rope to reset the timer, but it was hardly a temporary fix for the issue.

Thinking on their feet, ThePashupatee was going to actually go out of bounds to see if the bug would recognize a proper “Return to the Battle” instance in hopes of cancelling out the glitch.

They made their way to the closest jump tower all while bunny hopping to avoid the 22-second countdown from reaching zero.

But the attempt didn’t yield the results they had hoped for, and on the second attempt he instantly died while trying to get rid of the bug.

In a last ditch effort, ThePashupatee’s teammate took the player’s banner to the nearest Respawn Beacon to see if a new life would correct past bugs.

Upon making landfall, ThePashupatee was dead once again. Their teammate died moments later, ending their match.

“It seems to be something with the loot barge going over out of bounds areas,” another user said trying to find a reason for the bug. “You don’t clear your flag and the game thinks everything is out of bounds. Happened to a squad mate last night, and we ended up rezzing him 3 times.

The bug is a crucial error for any Apex Legends player to encounter, and could be a high priority glitch for Respawn to patch out.