The first official competitive showcase of Valorant is upon us in the form of a Twitch Rivals event, and we’ve got everything you need to keep up with all of the action.

Valorant has been one of the most highly-anticipated games in recent memory as it marks Riot Games’ entry into the first-person-shooter genre.

As part of their marketing effort, Riot partnered up with Twitch to not only release beta codes through the platform’s top channels, but also to host a gameplay event featuring some of the biggest streamers.

Jett is the newest character revealed for #Valorant, and her abilities are a force to be reckoned with ? pic.twitter.com/YM2cvMCNnM

When is the Twitch Rivals Valorant Showcase?

This Twitch Rivals event is split in two – one featuring streamers from Europe, Middle East, and Africa (EMEA) and the other for North America.

It will be broadcast live on the official Twitch Rivals channel, which we’ve included below for your convenience. The stream will “jump from perspective to perspective to showcase the full match.”

There are 10 teams in total competing at this event, each composed of five streamers since Valorant is a 5v5 game. Six of the teams are from EMEA and four from North America.

Participating are some of the biggest names on the platform, including Timthetatman, summit1g, DrLupo, Cloakzy, Forsen, Gotaga, Annemunition, and much more. 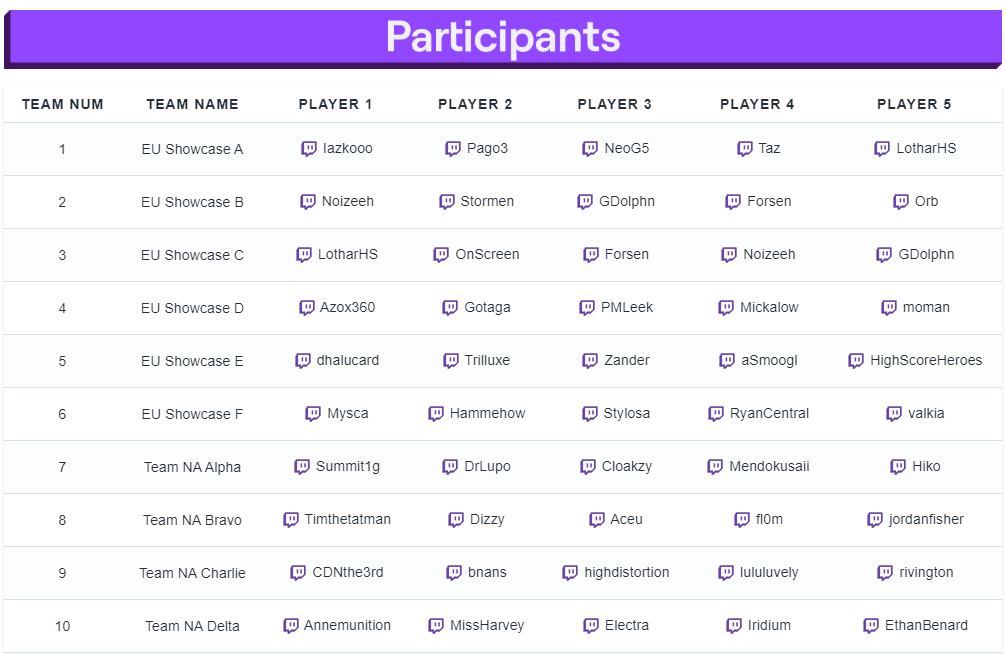 There will be six matches shown during Twitch Rivals Showcase; the ones involving EMEA teams are best-of-one while the NA ones are best-of-three. It’s important to note that these matches were already played and recorded over the previous weekend, and the footage will be broadcast with live commentary for this event.

Following this event, there will be another Twitch Rivals Valorant competition, this time called a Showdown, which will take place on Tuesday, April 7.

Unlike the Showcase, Showdown will be a bit more competitive, featuring full three-map series using warmups and custom matchmaking rulesets. We will bring you a full coverage hub of that tournament at a later date.