The Twitch Rivals: Valorant Launch Showdown is going to bring streamers and pros alike from around the world for a chance at the lion’s share of their respective region’s prize pool.

The North American and European regions are stacked. Not only will Twitch Rivals be the scene of T1’s full lineup debut, but will also feature pros in and out of the Valorant scene like Jonathan ‘EliGE’ Jablonowski, Lucas ‘Mendo’ Hakansson, Jay ‘sinatraa’ Won, and much more.

The elite-level players will be mixed with celebrities and stream stars such as Lisa ‘STPeach’ Vannatta, Jake ‘JakeNBake’ Abramson, Gotaga, and more.

How to watch Twitch Rivals

To catch the most exciting action as it unfolds, audiences should tune into the official Twitch Rivals channel where the broadcast team are likely going to be sifting through all of the hyped matchups.

For fans of a particular streamer can rest assured that every Partner and Affiliate will be able to stream their games concurrently with the live broadcast. For convenience, we’ve attached the Twitch Rivals channel below.

NA and EU groups and teams

North America will have a total of 80 players comprising the 16 different teams in the showdown. Meanwhile EU will have two separate regions that double the amount of players than NA, for a combined 160 people making up the 32 team event.

Only the top team from each of the groups will move on to playoffs, meaning there will be little room for error if a team wants to make it the knockout phase. 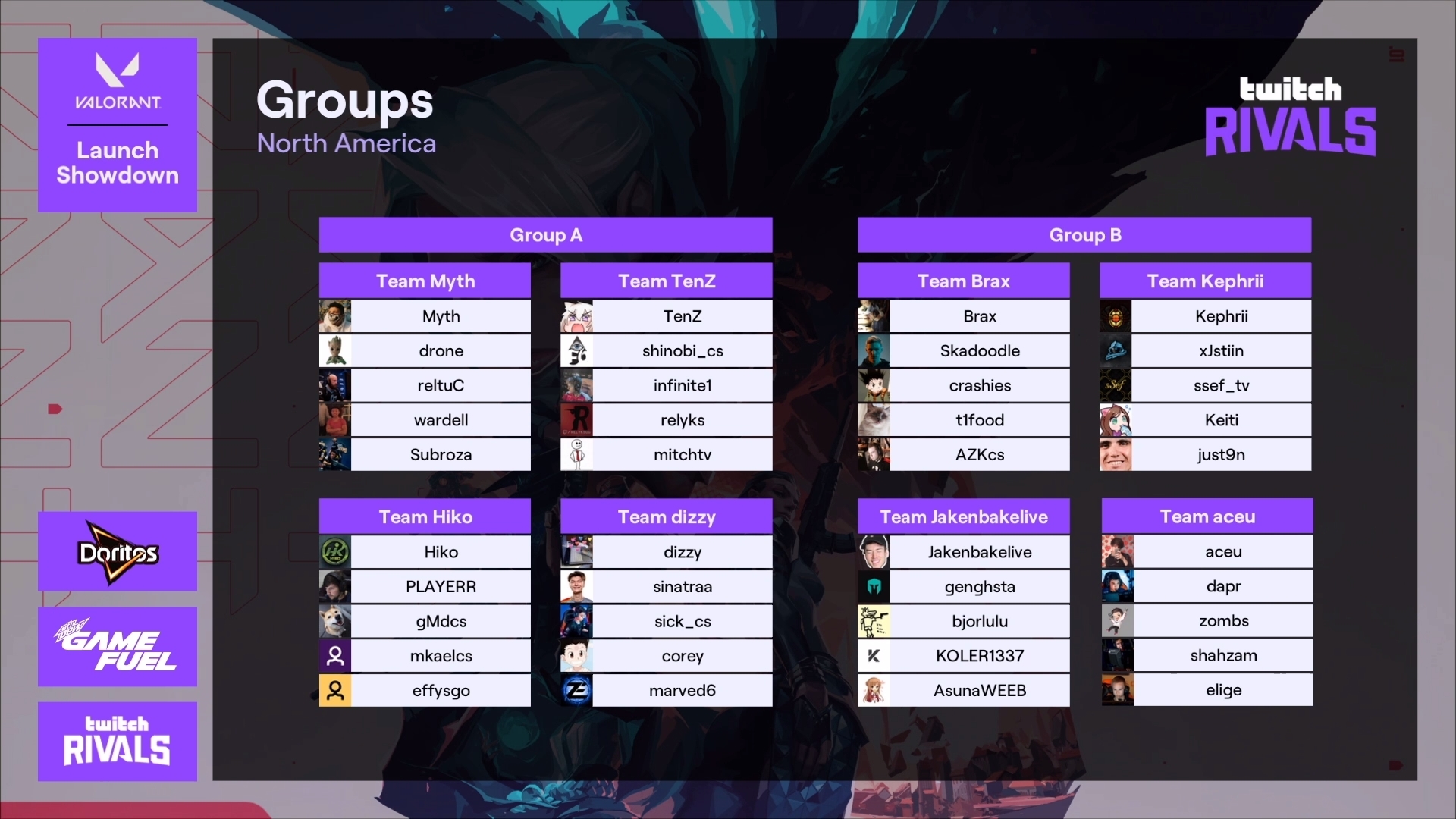 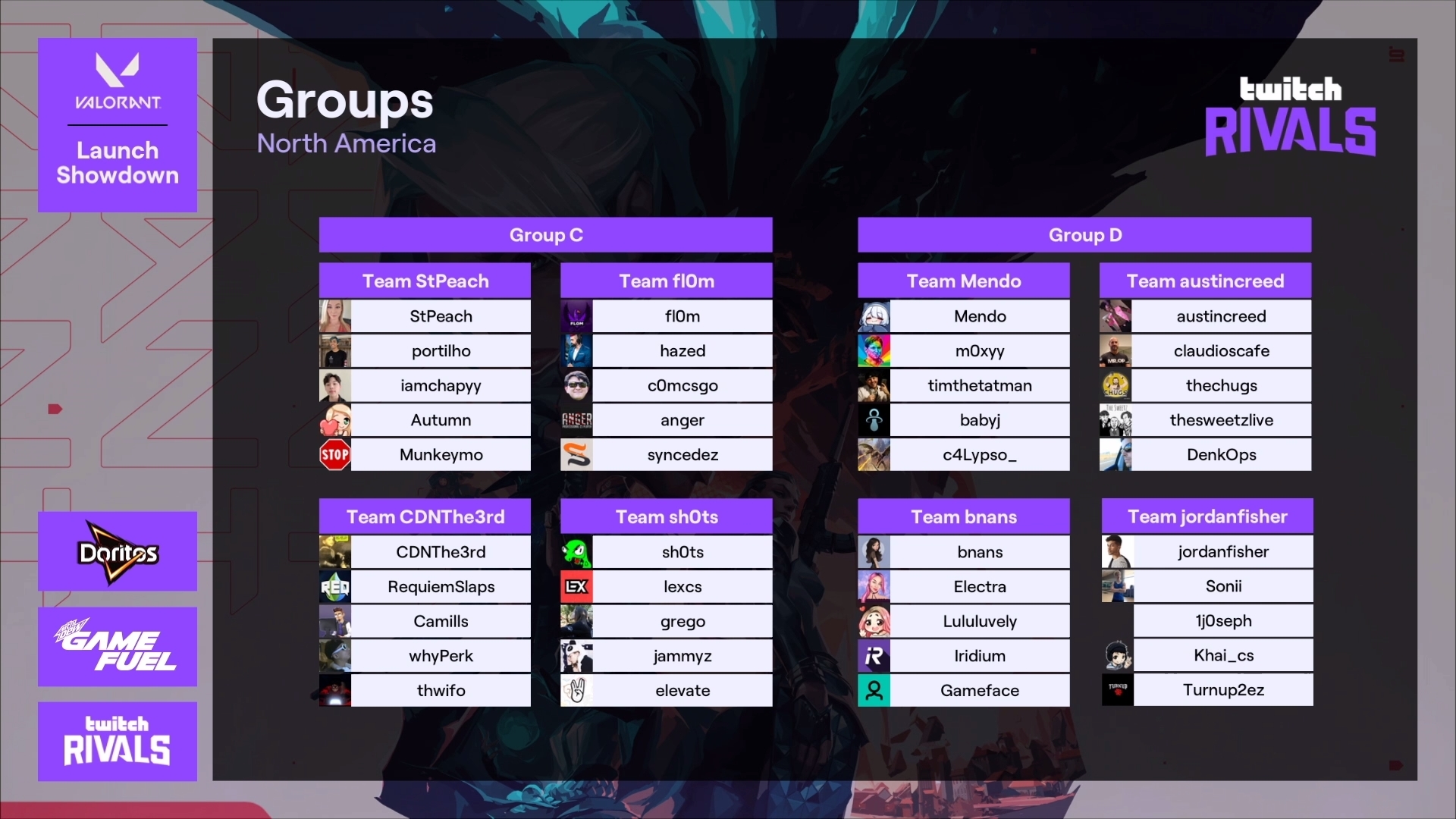 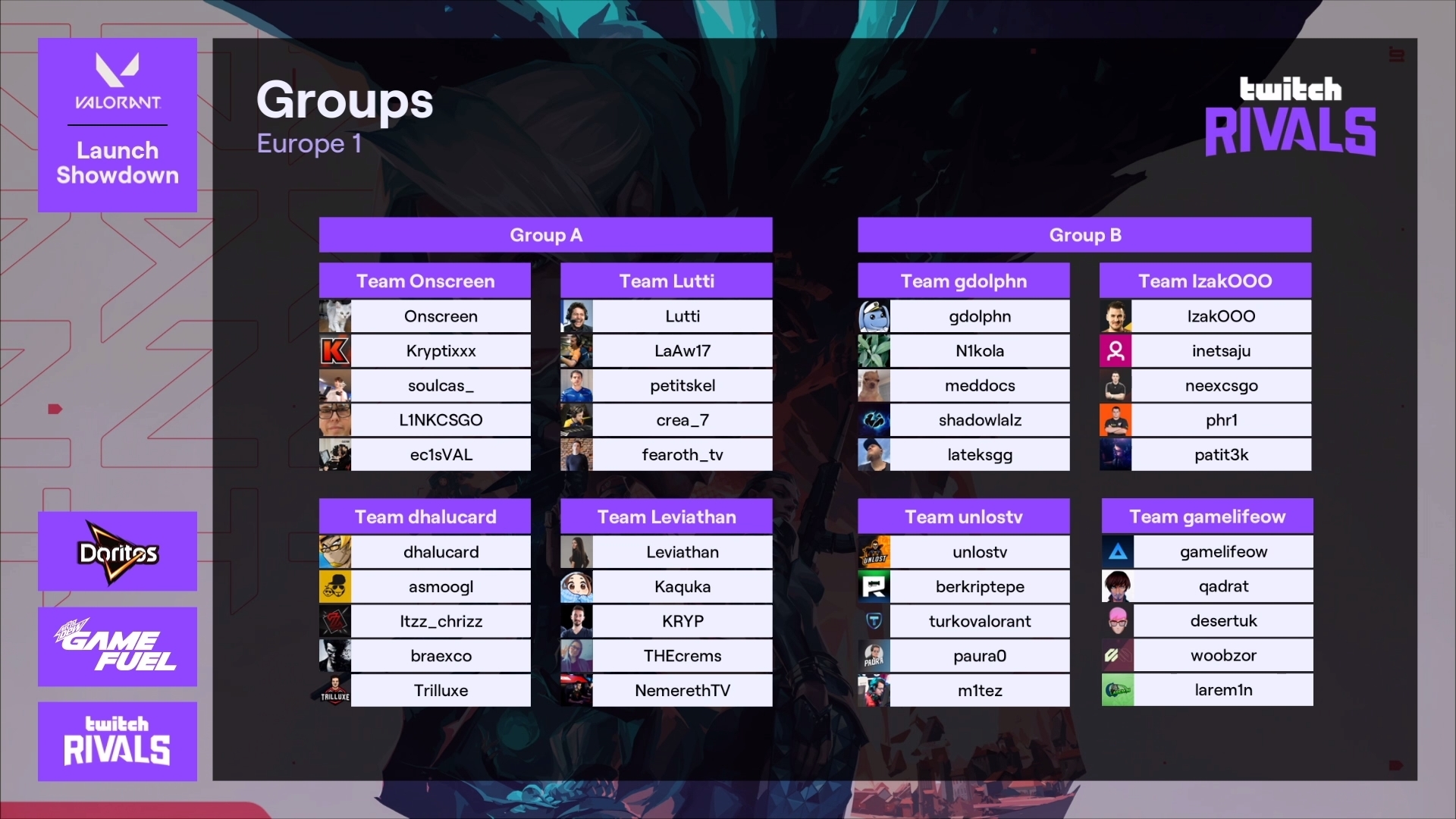 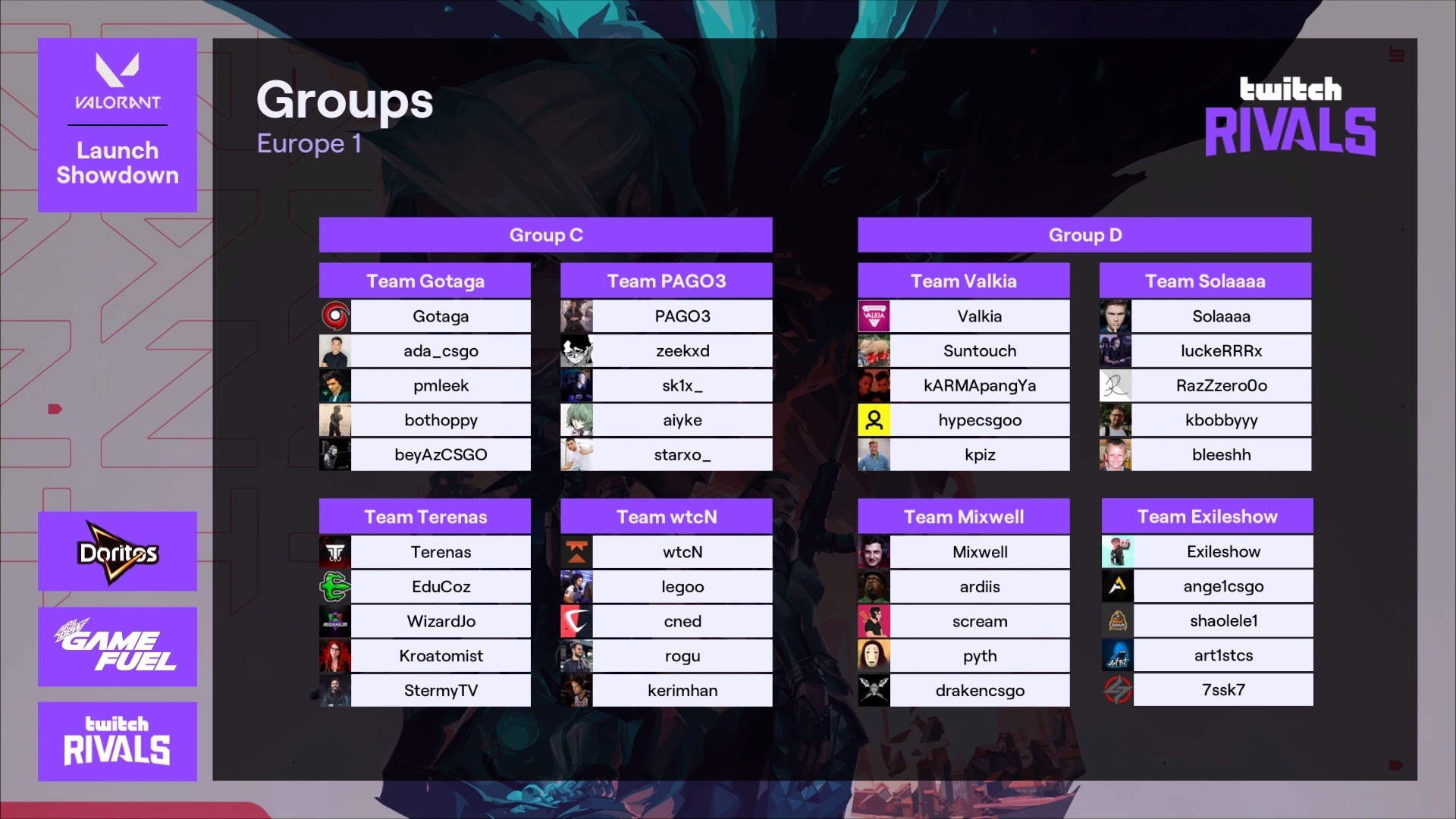 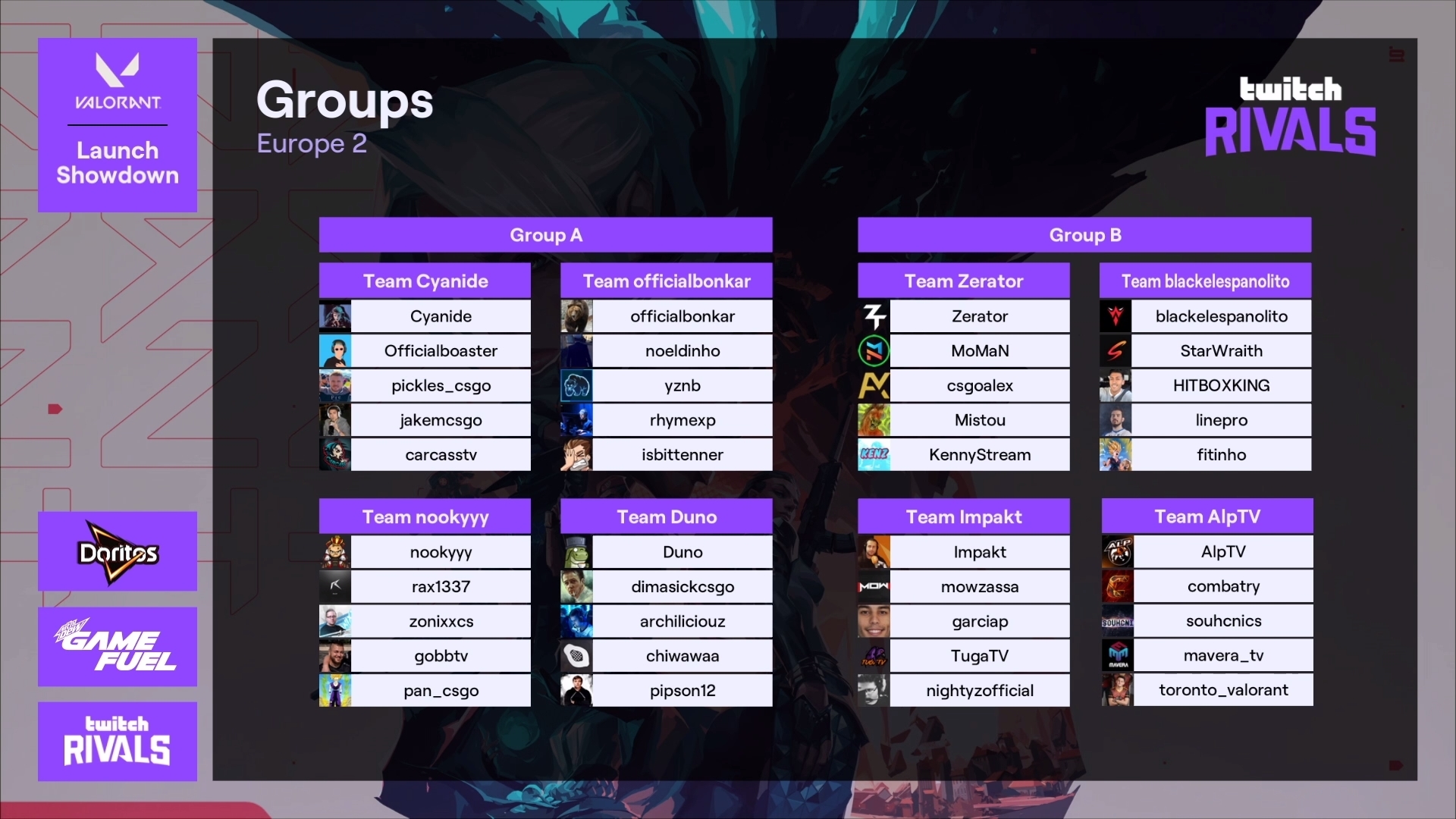 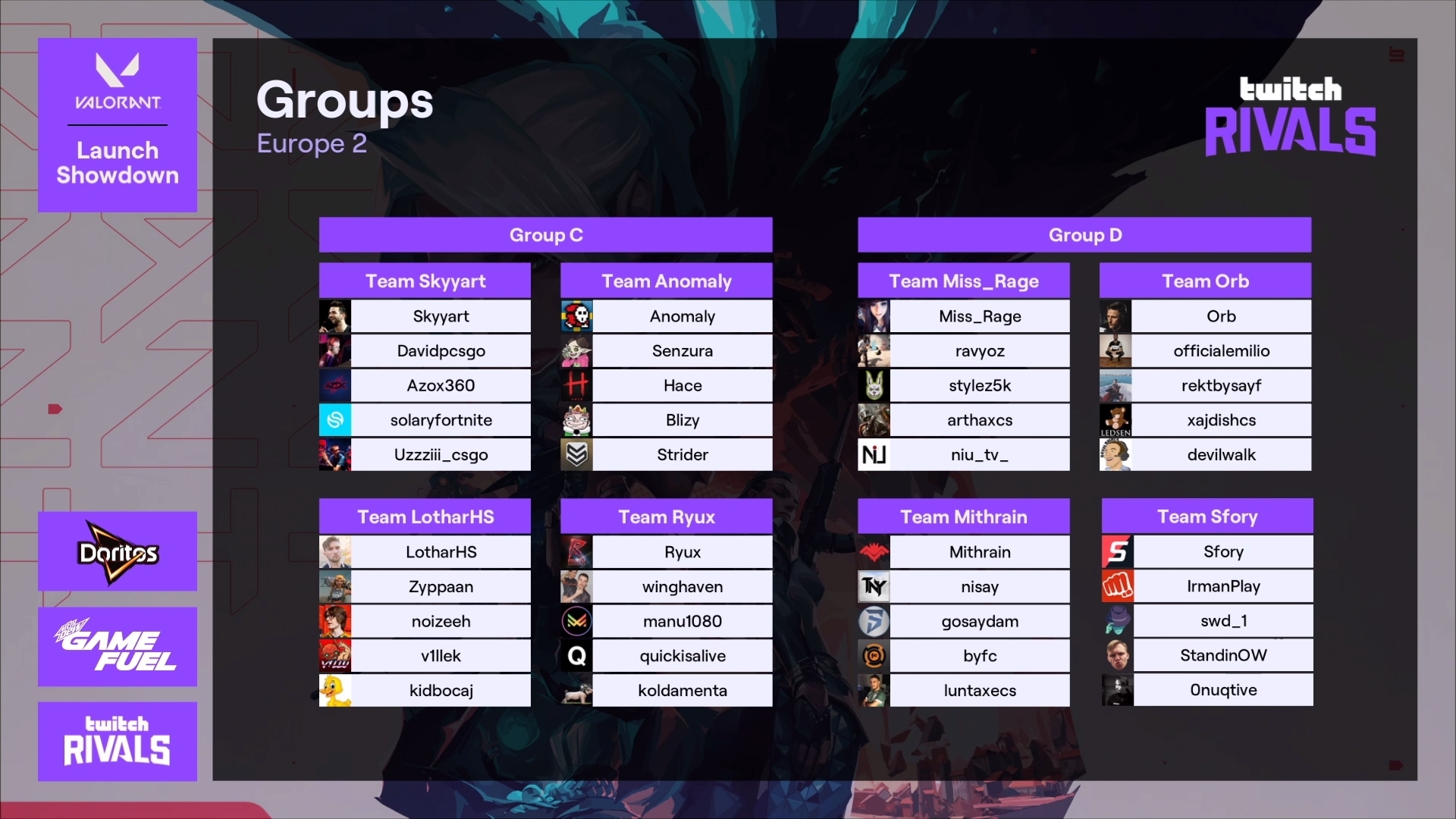 As far as the North American tournament is concerned, there will be 16 teams split into four groups vying for the $42,000 regional pot.

The group stage will consist of Round Robin best-of-one games on June 6, as Groups A and B face off at 3 PM PDT / 6 PM EDT. Then, Groups C and D will kick off their games shortly after when their show begins at 6 PM PDT / 9 PM EDT.

Playoffs will begin on the following day, Sunday, June 7 at 3 PM PDT / 6 PM EDT to decide who will be crowned the Twitch Rivals Champions. 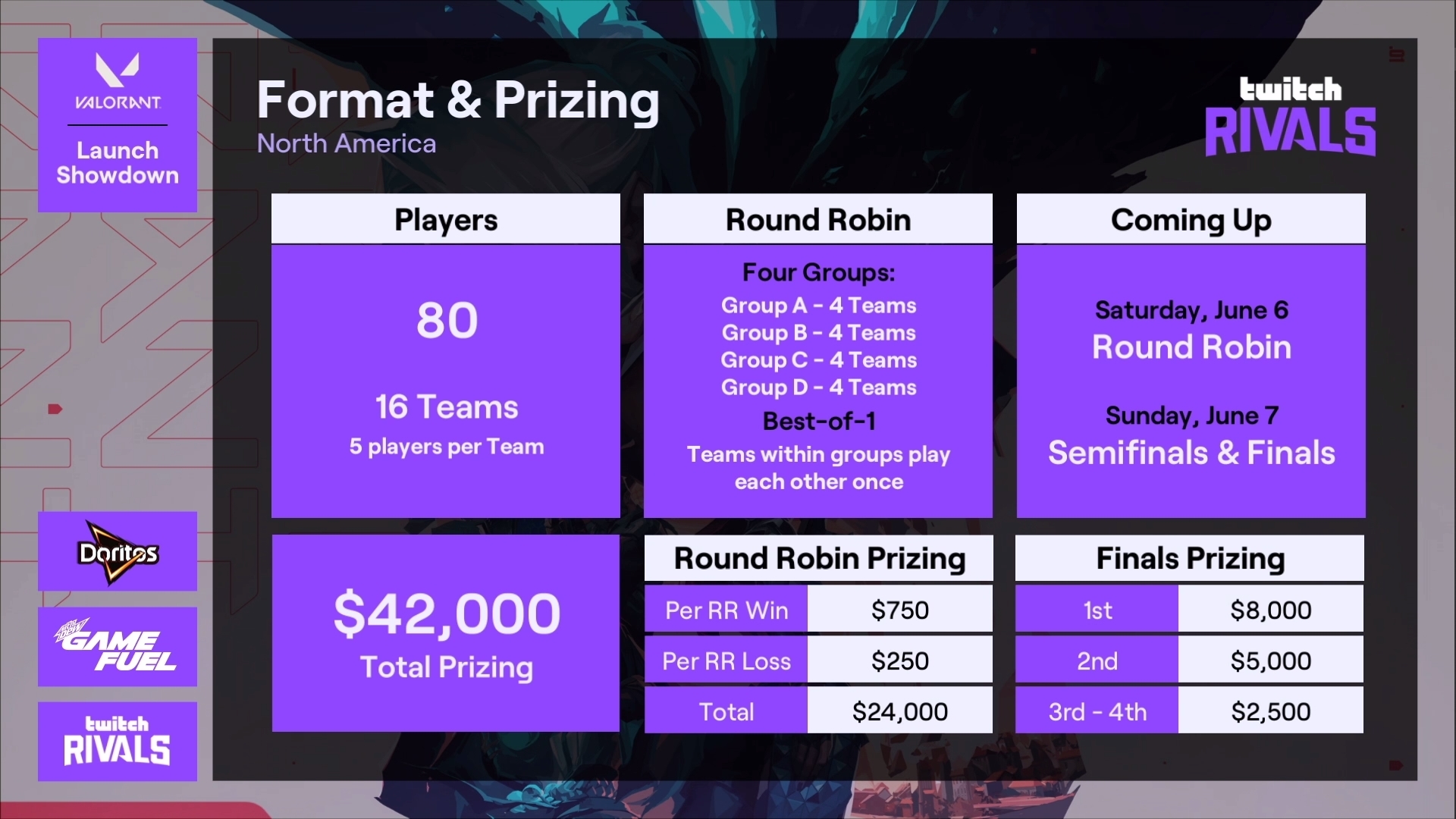 Since there are two regions, Twitch is putting up $98,000 in total prize money. That means that the split Europe 1 and Europe 2 competitions will have $49,000 apiece to fight for. 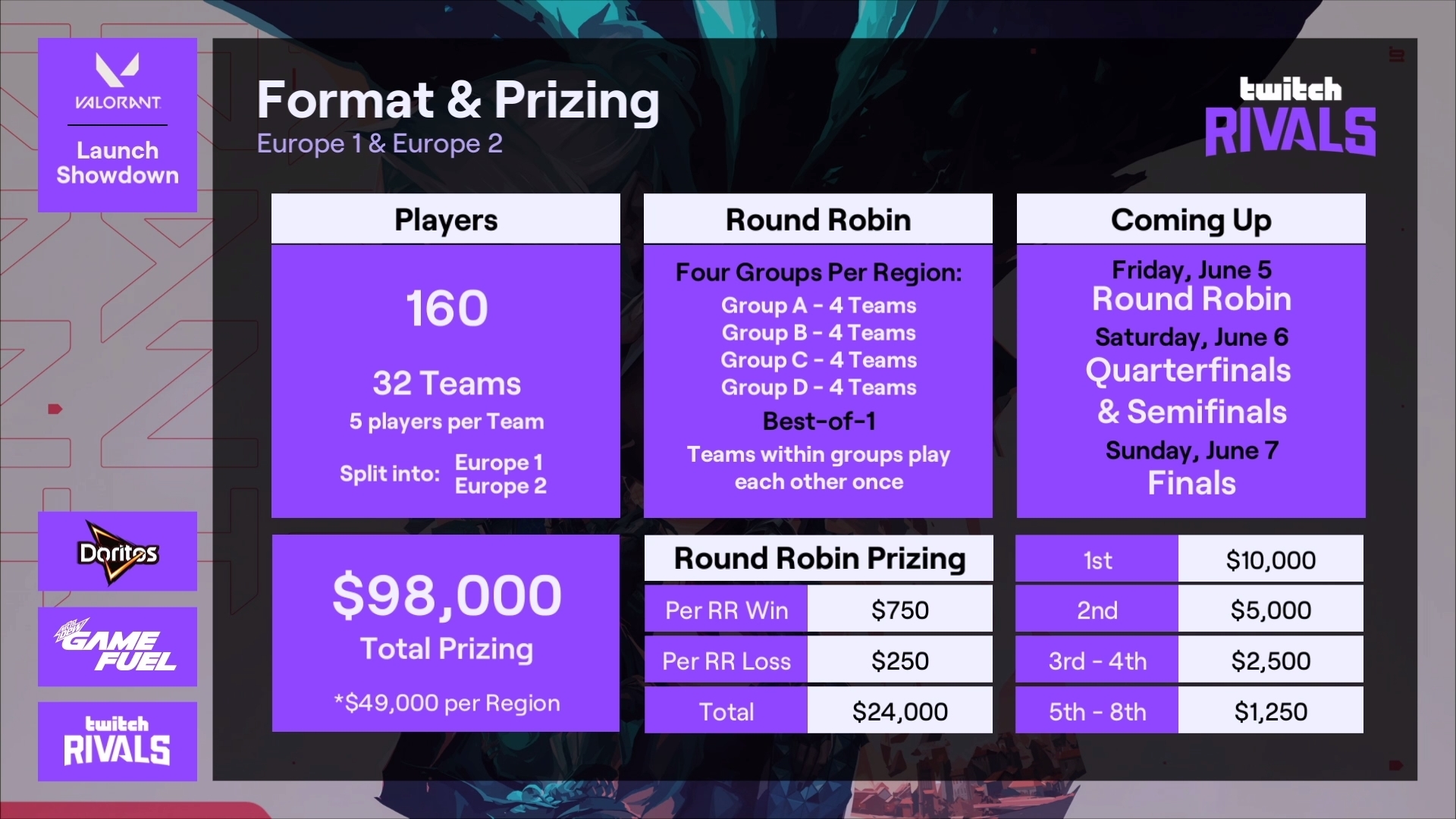 Twitch Rivals always deliver moments that range from incredible clutches to epic fails, so make sure to tune into the action as it unfolds.