Vikendi, PUBG’s new snow map, is finally making its way to PUBG Mobile, along with other winter themed additions in the 0.10.0 update.

Available for download on December 20 at 00:00 UTC, with matchmaking coming online 24 hours later, Vikendi has been a celebrated addition to regular PUBG, so it’s definitely something for mobile players to look forward too.

Along with the map itself, Vikendi also brings with it a new vehicle, specifically tailored for the snowy conditions, the snowmobile, which is exclusive to the new map.

Another interesting change in the update is the measure implemented to stop players entering and leaving games right after they start, which will now result in a temporary suspension from matchmaking.

Check out the full patch notes from PUBG Mobile below. 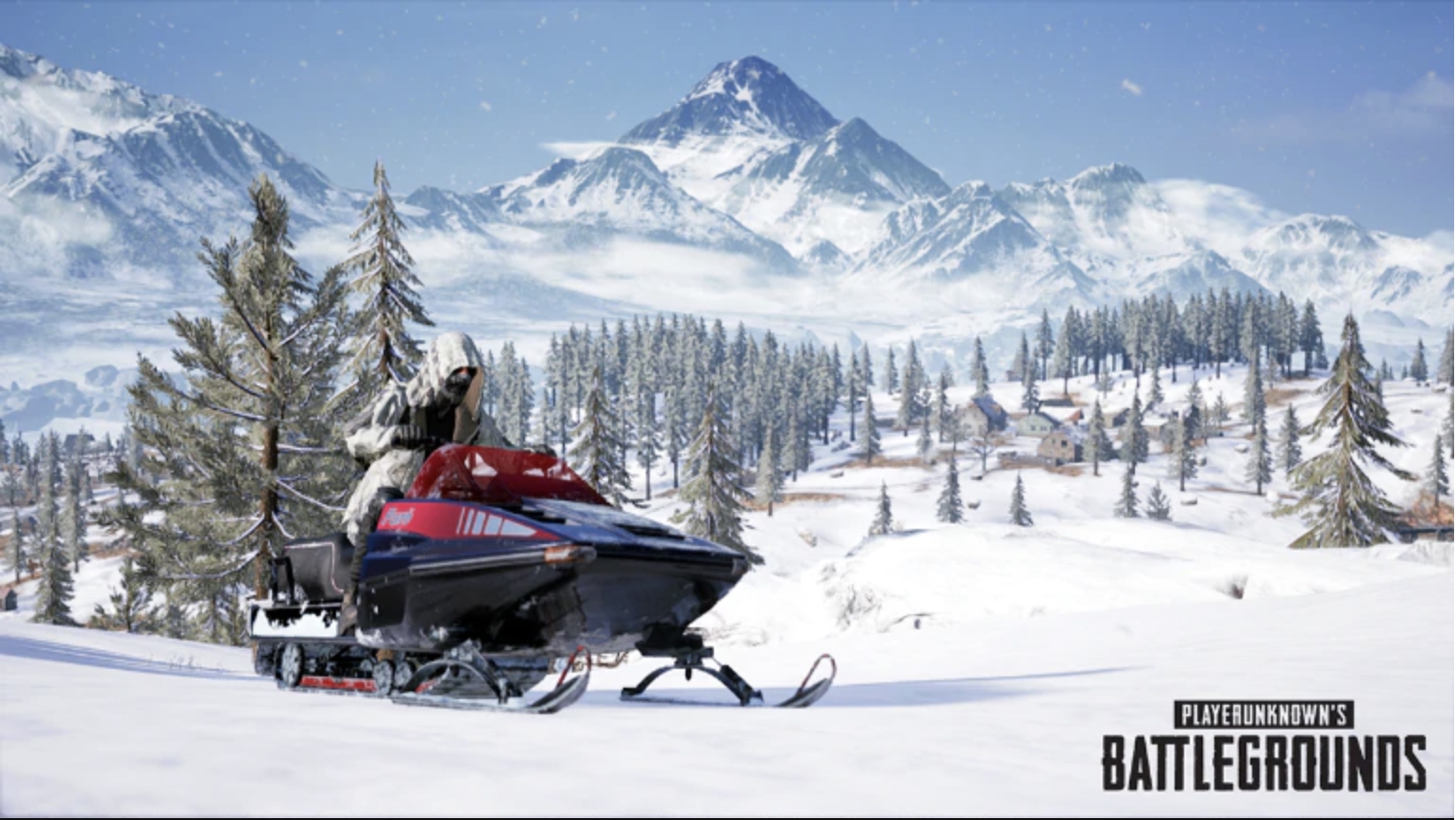 – Vikendi, a 6km x 6km snow map, is coming! It will be available for download at 0:00 UTC on 20th of December 2018, and available for matchmaking 24 hours later. We recommend downloading the map first.

– Added a Snow theme to the main menu. Collect bells from all Classic mode matches and exchange them for rewards at the event center!

– Added cross-server matchmaking. After enabling, players have a chance to be matched to players of the same tier on other servers.

– Players that repeatedly exiting matches right after starting will now be banned from finding matches for a period of time.

– Players may now report suspicious behavior while spectating after dying.

– Added a layout for players with large hands.

– Added tags to items with quality, categories and background information.

– Added a display for Crew Challenge winners on Erangel’s Spawn Island. Season 1’s winning teams will appear on the Spawn Island of their respective server and modes. Season 2 registration starts at 0:00 UTC on 18 DEC 2018!

– Players’ best results in Crew Challenge will now be shown on their Crew pages and can be shared with other players.

– Players now can collect all daily mission awards at once.

– Added Firearms Finish Upgrade System, where players can use materials at the Lab to upgrade certain weapon finishes to get additional kill effects, unique kill broadcasts, and death crate appearances.

– Added Lucky Treasure, a feature that gives players a chance to get upgradable weapon finish Glacier – M416 when they finish daily missions.

– Added a feature in the backpack to show sources of unobtained items when tapped.

– Players now do not need to select a second language for matchmaking and chat.

– Shop’s front page has been tuned to emphasize themes of each major update.