A lot of trainers are excited about the prospect of new Eevee evolutions in Pokemon Sword and Shield. Due to the Galar region Pokedex leaking, we now have a good idea whether there will be any or not.

The Pokemon Sword and Shield Pokedex has been one of the most exciting, and controversial, in perhaps all of Pokemon video game history. The hype behind the game along with the confirmed removal of the National Pokedex, has meant fans have been extra curious as to which species would make the cut. (Spoilers below)

Trainers have a particular soft spot for the Eevee evolution line and its ever growing list of evolutions. With new ‘Eeveelutions’ coming in every even numbered generation, there has been an expectancy that the Galar region will play host to some new ones, once again. 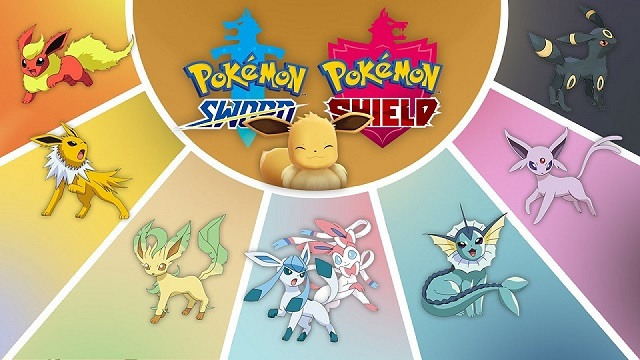 We started with Vaporeon, Jolten and Flareon in the first ever Pokemon game with Espeon and Umbreon added just a generation after.

Since then, Gen 4 added the ever popular Leafeon and Glaceon before the newest Eevee evolution of Sylveon in Gen 6. So, trainers were naturally excited about the prospect of a new one for the first time since 2013.

No new ‘Eeveelutions’ in Sword and Shield?

However, to the shock of many, according to the recent batch of leaks, there won’t be a new Eeveelutions in Pokemon Sword and Shield. For clarification Eevee, Vaporeon, Jolteon, Flareon, Espeon, Umbreon, Leafeon, Glaceon and Sylveon will all reportedly be in the game.

all these pokémon leaks and still no new eevee evolution… i’m getting nervous.

The potential of a new evolution was never even hinted at by the Pokemon Company, let alone confirmed, but given the previous trend of even numbered generations, there was a reasonable expectation at least one would be included.

This will undoubtedly be disappointing news to many. Some trainers were even designing Eevee evolution concepts in the hope that the Pokemon Company may take inspiration from their work.

All these damn Pokemon leaks and no new Eevee evolution in sight. Am I not supposed to have what I want?

These leaks don’t confirm there won’t be anymore Eevee evolutions to look forward to but if they are indeed correct it doesn’t look good.

There were rumors, although dispelled in many quarters, that suggested the 400 Pokemon strong Pokedex could increase in size during the post-game. So, all hope isn’t lost just yet…