If you are already familiar with the Pokemon Go PvP mode then check out our Pokemon Go Trainer Battles Advanced Tips.

What are Pokemon Go Trainer Battles?

First introduced in December 2018, Trainer Battles provide the first player to player (PvP) combat experience in Pokemon Go. The PvP mode has been requested since the launch of Pokemon Go back in the summer of 2016.

One of the main elements of Pokemon games are battles and their exclusion in such an incredibly popular game did seem strange.

The concept of the Pokemon Go PvP battles is similar to that from mainline Pokemon games such as Pokemon Blue and the more recent game on the Nintendo Switch, Let’s Go.

However, there is one big difference. Traditional Pokemon battles are turn-based whereas in contrast Pokemon Go uses a real-time system. This is a system that is rarely seen in Pokemon games.

Another difference between the two is you’re allowed to use only three Pokemon. This is in contrast to gym and raid battles where you can use the full compliment of six Pokemon. 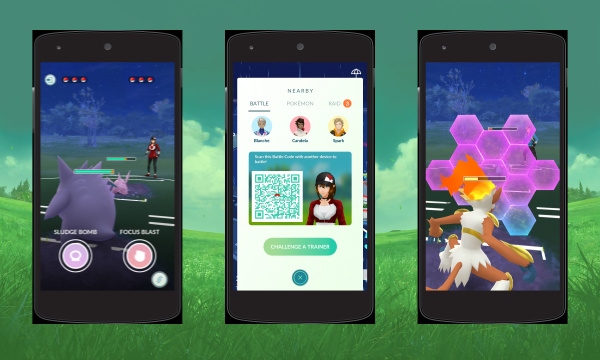 To begin Trainer Battles go to the map screen and click the nearby button. From there you can challenge each team leader as well as offer a challenge to other Pokemon Go players.

To challenge other Pokemon Go players you will need to scan the QR code on their mobile phone screen. Alternatively, you can battle players at a distance, providing you are ultra or best friends, however.

A good way to start your battling on Pokemon Go is against the computer. Team Leaders Blanche, Candela and Spark are the best way to get some practice in before committing against more competitive real life trainers. Battling against the leaders of Mystic, Valor and Instinct will also earn you rewards.

The lower leagues also facilitate a greater variety of Pokemon as the meta limits which species you can realistically use. If you have a Pokemon with a CP of even 1,501 they will not be eligible for a great league battle.

Fast moves provide immediate damage whereas charge moves, as the name suggests, need to be charged before providing the resulting damage. There are also protect shields to be thrown into the equation. These can be used twice per battle and protect you from an incoming attack.

This, alongside the different types of moves, while still relatively limited, does add at least some strategy to the battles.