How to fix Pokemon Go not connecting to the Nintendo Switch

Update: A new Nintendo Switch update should have now resolved this issue. In the meantime, if problems with connectivity persist, follow the below instructions, which have been resolving issues.

As per the Nintendo website, here is officially what the patch achieves.

General system stability improvements to enhance the user’s experience, including:

The latest Nintendo Switch Update, 7.0.0, was released on January 28. Unfortunately, this update has only amplified the issue of Pokemon trainers being unable to connect Pokemon Go to the Switch.

The most common resolution for this particular problem is to shut down the Nintendo Switch fully. That means turning it off by holding the power button for three seconds. This is opposed to just putting the Nintendo Switch to sleep, a quick, common way a lot of Switch users opt to turn the device off with.

Niantic confirmed this method on their Twitter support page.

Trainers, we have confirmed that the latest update to the Nintendo Switch is affecting the ability to connect to Pokémon GO. Disconnecting Pokémon GO and restarting your Switch by holding the power button for 3 seconds should allow you to reconnect.

The not connecting issue has been apparent before the latest Nintendo Switch update, however. Forum posts have suggested the following also provide some success. 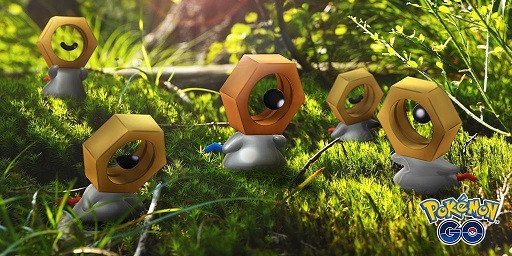 Pokemon Go needs to be connected to the Nintendo Switch in order to transfer to Pokemon Let’s Go. Trainers have been doing this since Let’s Go release back in November 2018.

The recent announcement of the Meltan event, where there is an increased chance of spawning a shiny Meltan, has resulted in a sudden foray of transfers. Consequently, trainers have been running into the Switch connection issue.

When transferring a Pokemon from Go to Let’s Go, the Pokemon Go account receives a mystery box. This is what’s required to spawn a Meltan.