Pokemon Go players are being spoiled! On top of the newly released Trainer Battles, Lugia and Ho-oh are part of a special raid event this weekend!

Niantic are on a role. Firstly, there has been a relatively smooth rollout on the hugely anticipated Pokemon Go Trainer Battles. Secondly, a special raid event for Lugia and Ho-oh has just been announced for the weekend.

These legendary birds have appeared in raid events before. However, the initial reaction is positive among most Pokemon Go players. Naturally, these are some of the rarest Pokemon in the game. Therefore, the opportunity to catch them for those who have yet to do so will be welcomed.

This special raid weekend begins on December 14. It will last the duration of the weekend through to December 17. The times are as follows: 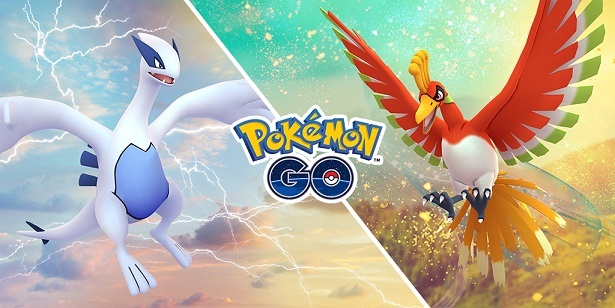 Lugia and Ho-oh in Pokemon Go this weekend!

In addition to catching the psychic and fire type flying Pokemon, there shiny variants are also available. Unsurprisingly these are difficult to find.

The Silph Road estimate that the chances of encountering a shiny Pokemon during a legendary raid are 1 in 19. This is based on the evidence and research they have conducted though and is by no means official. In reality it likely differs from this. No official odds for shiny Pokemon in Go have been announced.