Gone are the days when Pokemon Go was only about catching Pokemon. Fast forward nearly two and a half years and there are deeper levels to Pokemon Go. Reward complexities, raid bosses, the new pvp battle system and ever changing events mean the game requires thought out strategy.

Building an astute team of Pokemon, perhaps even several, is now an important part of Pokemon Go. The two battling modes, raid battles and trainer battles, require a team of powerful and yet balanced Pokemon.

Then, you have to throw into the equation that both of these modes work differently. In raid battles your entire team can faint at which point you can either heal, pick another team or simply wait for other participants to try and defeat the raid boss.

As a result, the most important Pokemon metric when battling raid bosses is damage per second (DPS). How long your Pokemon can fight before it faints also needs to be taken into account.

This is in contrast to trainer battles where you need to be more concerned about your Pokemon’s defensive prowess. Here are the best attacking Pokemon in Pokemon Go. 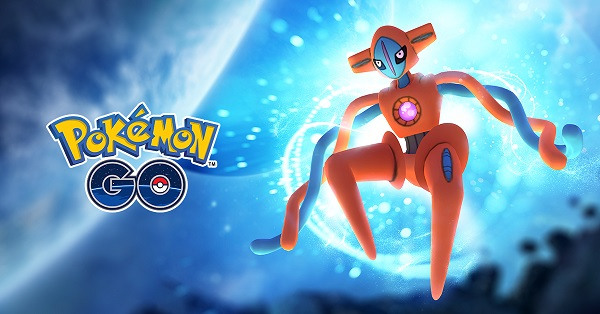 Deoxys has the best attack stats in Pokemon Go…

This attack stat essentially determines how much damage a Pokemon can inflict. This is a base stat however, and will vary depending on a Pokemon’s level. Nevertheless, the above list paints a great picture as to who are the best Pokemon to deal damage.

The beauty of Pokemon Go is that additional factors need to be considered. A Pokemon’s type plays arguably the most important role in any battle. Consequently, on top of bulking out your team’s stats, your team needs to have an array of types.

On top of this the power of a specific move needs to be considered. Just when Pokemon trainers thought they were discovering the Pokemon Go meta, Niantic threw a spanner in the works and re-balanced all the moves. They also added various moves to make previously less appealing Pokemon, more viable to use in battle.

It’s all very well stating which Pokemon are the best attackers but a lot of them are legendary which are hard to obtain. Several of the Pokemon higher up on the list are focused around special events.

This means if you didn’t get them when they were a featured raid battle or part of a special event the you might struggle to get them now.

The Eevee evolutions (eeveelutions) are a good way to go if you can’t find the others. Palkia is also a good Pokemon to go for at the moment as it is a raid boss until the end of February.