Niantic have made game changing alterations to the Pokemon Go mechanics. Raid bosses and trainer battles have both been re-balanced in order to keep Pokemon Go as fair as possible.

The biggest change coming to raid battles is an increase in HP for featured Pokemon. This applies to tier 3, tier 4 and tier 5 raids. For example, if you are raiding a tier 5 Kyogre then they will now have more raid health than before.

Niantic believed these changes were required because single players were winning raid battles alone. As they have made clear this was never the intention. Whether this health increase does entirely prevent single players from taking down a raid, is as of yet unclear.

The reason single trainers were able to win raids alone was because of a previous update. A change to the super effective damage multiplier resulted in the error.

The other change is an increase in Stardust received for winning a raid battle. Whether this is an attempt to appease trainers who are frustrated with this news is unknown.

The feedback for this change is generally negative. Pokemon Go trainers have long complained that the game favors players in urban places.

This recent change will do nothing to help players who struggle to get a group together to raid with.

Niantic have alluded to the fact that they want trainers to have to group to win raid battles. While the intent is clear, many Pokemon Go trainers disagree that increasing the HP of the featured raid Pokemon results in making the game better.

One Reddit user, OurosOuroboros, stated “My overall point is that making Raids harder does not make them better. Increasing the number of players you need to get a Raid done isn’t making it more challenging, it’s making it more exclusionary by locking people who can’t reach those numbers of players out.”

In addition, there have been big changes to moves within trainer battles. Niantic clearly want the mode to be as balanced as possible whereby using numerous different Pokemon can be effective.

Furthermore, Niantic have added new moves to some Pokemon to improve their success while battling. Interestingly, Niantic confirmed that they will be keeping an eye on the updated mechanics to see if further changes are required.

The following moves have been altered specific to Pokemon Go trainer battles: 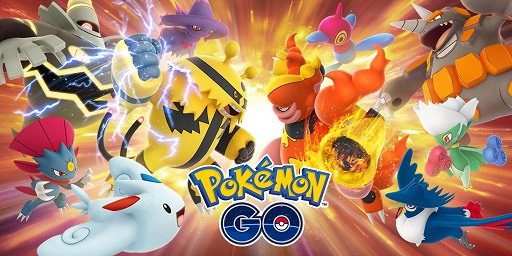 On top of these changes there have also been a lot of new moves added. Some of the Pokemon aren’t being used in battles as frequently as they should be, have been given additional moves.