After days of teases Jirachi has arrived in Pokemon Go

Niantic have confirmed Jirachi is now in Pokemon Go. The Wish Pokemon had been the subject of some not so subtle teases and will be available for all trainers via special research.

The Gen 3 mythical Pokemon had previously only been caught by trainers who attended Pokemon Go Fest events but it is now available to the masses.

Jirachi had been heavily teased by the Pokemon Go Twitter account over the last few days, so the announcement doesn’t come as a surprise to many.

:star2: We’re excited to announce that Jirachi is now available for ALL Trainers via Special Research! :star2:

Oh…but that’s not all.
The Ultra Bonus announcement is finally here! pic.twitter.com/32DRdIQCwO

It started with a subtle tweet on August 14: “You’ve helped Spark, Blanche, and Candela make some amazing discoveries—some new, some old, and some relatively unknown.”

At the time this would have flown under the radar but the “relatively unknown” part looks like it is referring to Jirachi.

That tweet was followed just half an hour later with: “Make a wish, Trainer. It might just come true during our Ultra Bonus announcement.” This was followed by a star smiley. Jirachi is known as the Wish Pokemon and is of course shaped like a star – a lot less subtle for detective-like Pokemon trainers.

Make a wish, Trainer. It might just come true during our Ultra Bonus announcement. :wink::star2:

The following five days saw tweets posted with a Jirachi like constellation, with the first day having five stars as the caption with the outline not so clear, four on the next, all the way through to the latest tweet which had one, and showed a fairly clear outline of Jirachi.

Some believed the inevitable one star caption could mean Jirachi would be release then. However, that proved not to be true and news on the Wish Pokemon is expected at 1pm PT, August 20

News of Jirachi first came via a datamine (Chrales of course) before the Pokemon Go Chicago Fest event. Attendees there had the opportunity to catch the dual psychic and steel-type in a special research quest. While not confirmed, it suggests a similar quest could be added to the full game. 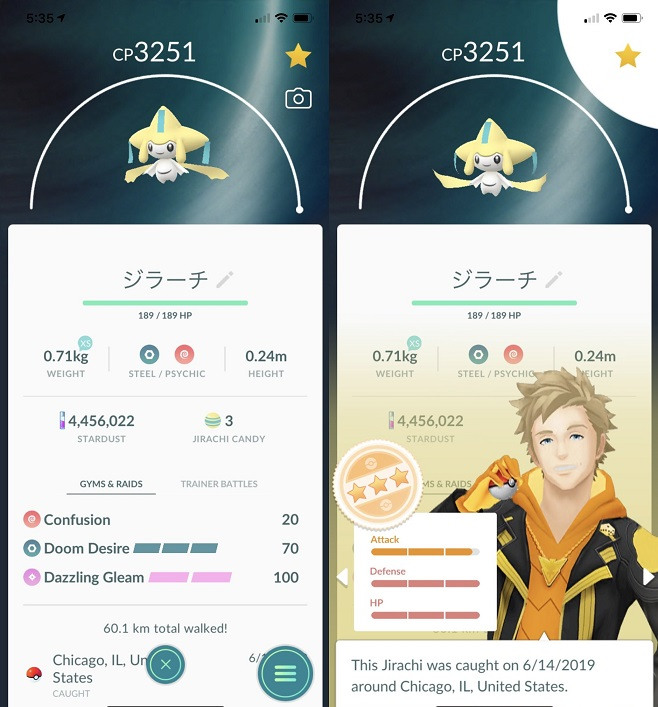 The Pokemon Go Ultra Bonus Challenge, which details haven’t been fully revealed for yet, suggests Jirachi could be making an appearance in raid battles during the second (September 9 to September 16).

Whether this could be alongside a suspected a special research quest or the only way to get the Wish Pokemon remains to be seen.

The third week of the Ultra Bonus Challenge has hinted at the introduction of Gen 5 to Pokemon Go. Presuming it is true, which hints strongly suggest it is, this means there will still be Gen 3 and 4 Pokemon yet to be released before Gen 5 is ushered in.

In addition to all this, Jirachi t-shirts have been found in the Pokemon Go code thanks to dataminers.

There are similar t-shirts for both Mew and Celebi, who also have their own special in-game research quests.

We’re not saying Jirachi is coming to Pokemon Go for definite as it hasn’t been confirmed – but if you read between the lines you don’t need to be Detective Pikachu to realize it is.

This article was last updated on Tuesday, August 20 at 20:10pm ET