Dialga has been leaked to replace Palkia in Pokemon Go raid battles! It will do so at the beginning of March.

Update: Niantic have confirmed that the dual steel and dragon-type Pokemon, Dialga, will be available in raid battles on March 1, 1pm PST (9pm GMT). This will mark the first time the Gen 4 legendary Pokemon will appear in Pokemon Go.

It will essentially replace Palkia, one of the other generation 4 legends. Similar to the Palkia raid, Dialga will be available all the way through to March 28.

Palkia was announced as the legendary raid boss for all of February. The cover of Pokemon Pearl will be available until February 28, 1pm PST.

As a result, it isn’t particularly surprising that the Pokemon Diamond legendary Pokemon, Dialga, will replace it. It has been announced that Latias, a current raid boss, will be staying in raid battles until March 1. Therefore, Dialga could be added then.

Furthermore, there are strong indications that the brand new Pokemon game for the Nintendo Switch will be announced on February 27. Consequently, it doesn’t make sense for Niantic to dilute news on that day.

A new arrival to Raids will test your strength this next month! The Steel- and Dragon-type Temporal Pokémon, Dialga, will join Raid Battles across the world from March 1 at 1:00 p.m. PST to March 28 at 1:00 p.m. PDT! pic.twitter.com/eagHJeuJ59

Dialga will be the 80th Gen 4 Pokemon to be made available in Pokemon Go. Consequently, there will be 27 remaining.

The remaining 27 generation 4 Pokemon can be seen in the list above.

The leak gives ample opportunity to prepare Pokemon in advance of its inclusion as a raid boss. Unlike Palkia where the best counters are dragon based Pokemon, Dialga is weak against primarily fighting types.

Machamp probably offers the best overall counter to Dialga with its suitable moveset and high attack stat. Elsewhere, Blaziken provides good stats but not quite as good moveset. Groudon is another possibility with its high stats across the board. 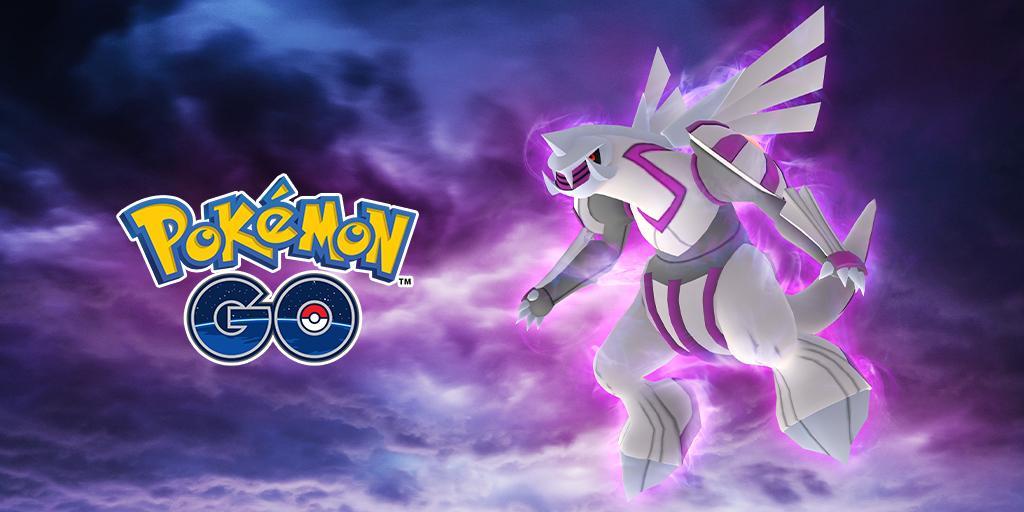 Palkia was available in raid battles throughout February…

The leak also provided further information about Dialga as a raid boss. The steel and dragon-type Pokemon will have a max CP of 48,472.