Blizzard hasn’t been making the most popular choices in the eyes of its fans lately, and popular YouTube clip splicer Dinoflask is back with an extremely harsh but presumably honest faux message from the Overwatch Developers.

The YouTuber has made a name for themselves as a source of hilarious but sometimes ripping content, since his videos are caked with alternating layers of humor and criticism toward the developers at Blizzard.

In his latest mashup, Dinoflask once again borrows sound bytes from Overwatch Game Director Jeff Kaplan to digitally say what some of the community members have been feeling over the company’s recent decisions. 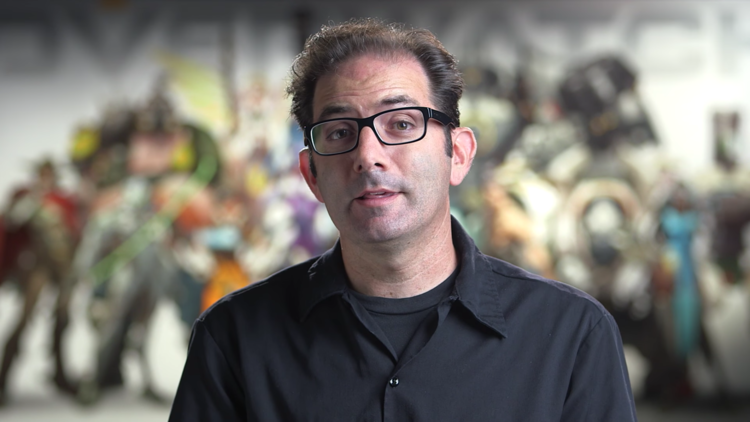 Blizzard come out with frequent video updates about their game, but a creative YouTube creator famously finds ways to alter the message.

The latest diss video uses the VP to discuss issues around Overwatch’s latest hero Ashe, Blizzard’s realigned priorities as a game developer, frustration over the state of the esport, and more.

“If you look very closely, you’ll notice that Ashe is actually just a white Widowmaker with the ‘Ass-slider’ set to the very low end,” Dinoflask edited Kaplan to say. “It’s one of those really tough design trade-offs that we feel we have to make in order for us to release new heroes now that over half of the development has been moved to mobile games that no one really wanted in the first place.”

The latter half is a harsh criticism but one that resounded among the Blizzard fan community following BlizzCon 2018 and the subsequent decisions of the company.

The video is laced with incredibly diverse clips of Kaplan that mocks some of the things that Blizzard really want fans to be hyped about, such as the brand-new esports viewers, the upcoming Overwatch League season, and more, that simply failed to please most in the community.

The video is being met with tremendous applause from fans as this might be the video that best demonstrates the sentiments of Overwatch players everywhere.