Reaper’s latest update has a lot of people talking a return to the meta for the character, but some players are already discovering the crazy amounts of healing Reaper is able to pull off now.

The PTR update on January 7 increased Reaper’s self healing from 30 percent of damage dealt to 50 percent.

Since Reaper’s self healing is buffed along with his damage, Overwatch caster MooshuBeef decided to test the maximum amount of healing an updated Reaper on the PTR could produce.

We pushed Reaper all the way to 11 after his life steal buff in the PTR Patch 1.32 and yep, it's gonna be hard for him to die (die die) pic.twitter.com/00Ao8jdpOH

After all of that, Reaper was able to self heal for 628 points with all of the buffs applied, which is much, much, more than he was ever able to do before.

The amount of self healing and damage done with each ability is also highlighted by Mooshu in a separate chart that does a good job of showing the change in Reaper between patches. 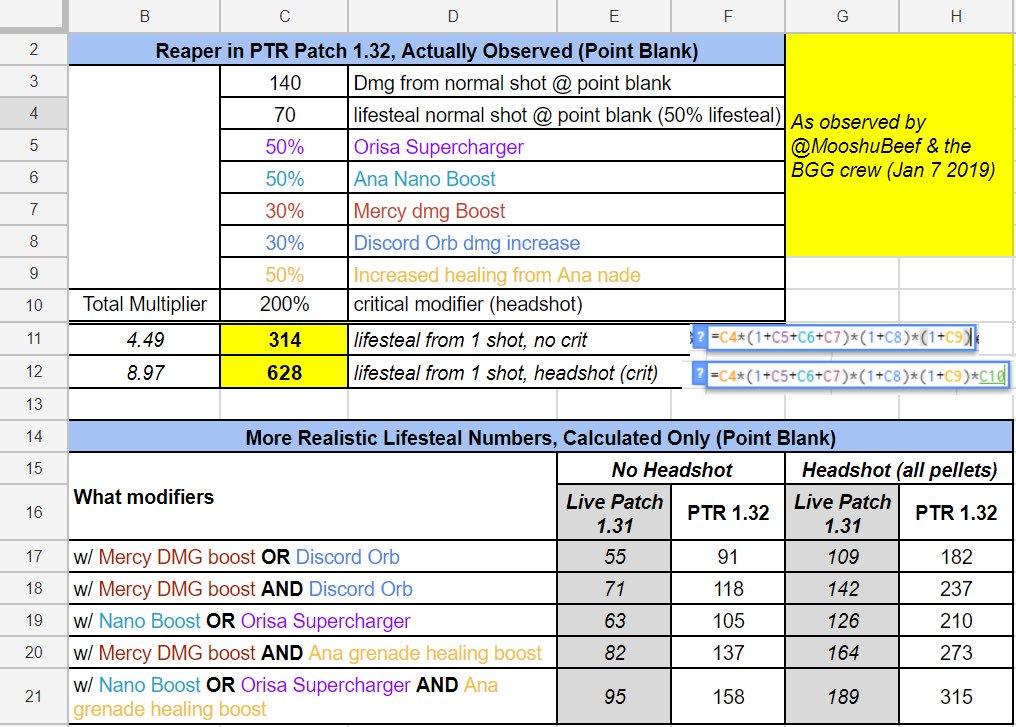 The PTR patch went live on January 7, but there’s been no indication from Blizzard about when it will go live in the main game.

Reaper players will be eagerly awaiting the day it does though, because the self-healing buffs provide substantially more survivability for the hero, as Mooshu demonstrated.

There’s a good chance that the update will move from the PTR to the main game before the start of Overwatch League Season Two on February 14.