Félix ‘xQc’ Lengyel took shots at Blizzard during a recent stream over their handling of the tier two competitive Overwatch scene.

While xQc has been a full-time streamer since his departure from the Overwatch League in March 2018, the former pro still takes interest in the state of the game, and as ever isn’t afraid to give his unfiltered opinion.

While the Overwatch League itself expanded in 2019, bringing in eight new teams and consequently offering more spots for pro players with the guaranteed salaries and protections that come with the OWL, the opportunities for players to make a living outside of the league are much more limited. 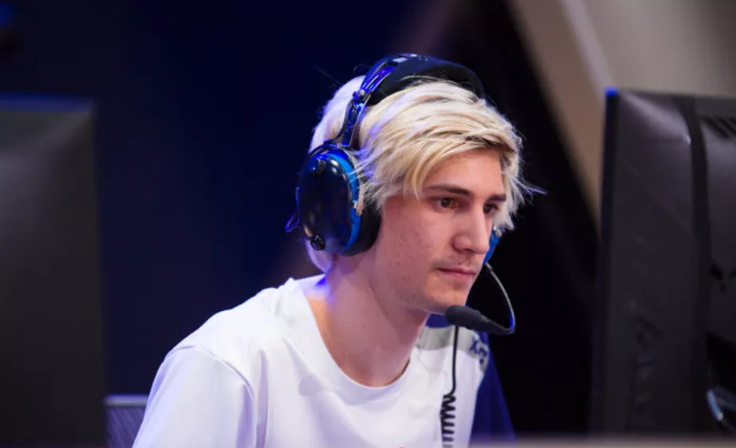 Beneath the Overwatch League is the Blizzard-run Overwatch Contenders, but many fans and players have been critical at the level of investment from the developers in tier two competition, especially given the lack of third-party tournaments.

To illustrate his point, xQc opened Microsoft Paint and began to draw a representation of the various levels of Overwatch competition, starting with the Overwatch League itself, followed by tier two competition – Overwatch Contenders – and then a long drop off to “tier three”.

“Here we’ve got everything that is tier three, and in that you have poverty, homelessness, despair, and depression. But the thing with Blizzard is that they’re slowly trying to merge tier two together, at which point there won’t be that many differences between tier two and tier three.”

xQc’s rather scathing appraisal of the tier-2 Overwatch scene comes after the Los Angeles Gladiators announced that they would be pulling their academy team, Gladiators Legion – for whom xQc was a substitute player – out of Contenders.

LA Gladiators aren’t the only Overwatch League team to have withdrawn from Contenders. New York Excelsior also announced that they would be discontinuing XL2 Academy for 2020, and earlier in 2019 Florida Mayhem, San Francisco Shock, and Paris Eternal also stopped fielding teams in Contenders.

Eagle-eyed Overwatch players may have found evidence of a potential rework of the assault map Hanamura after familiarizing themselves with Kanezaka.

The game’s newest map, Kanezaka, is unique in that it’s positioned directly below Hanamura and can be seen when looking at it from above.

While there is no mistaking the large buildings seen off in the distance on Kanezaka as the ones from Hanamura, there are some slight differences that could point towards a future rework.

As Redditor ‘_Panthera_Unca_’ explained in their post, “on Kanezaka you see Hanamura, but it looks different to the actual map, in particular, the tower in the Middle (on Kanezaka) has replaced these two buildings, but the main tower for 2nd and 1st seems to be the same.”

The Kanezaka map seems to be home to many mysteries.

It begs an interesting question: why would Blizzard create a different version of Hanamura when it’s supposed to be the same map?

The Redditor has a theory that Blizzard is reworking Hanamura, but are saving it for Overwatch 2.

“Maybe I am reading too much into this, but I think it wouldn’t even be like Blizzard to not add Kanezaka to Hanamura, with the love for detail they have shown in the past but putting in a wrong model just seems so out of place for them,” they concluded.

Assault/2CP game modes are, for many Overwatch players, the bane of their existence. The mode is widely controversial, requiring plenty of teamwork to pull off a successful attack.

Blizzard has discussed potential changes to 2CP in the past and even let users test some concepts with the Experimental Mode, but any major fix would require a whole map rework.

Notably, both Paris and Horizon Lunar Colony have been removed from the competitive rotation for a long time to undergo reworks, so it’s possible that more maps are being redesigned behind the scenes.

We’ll have to wait and see what Blizzard has planned, but expect to hear more news on Overwatch 2 and maybe even what’s happening with Hanamura come BlizzCon in February.