When does Overwatch go live on Nintendo Switch? - Dexerto
Overwatch

When does Overwatch go live on Nintendo Switch?

Overwatch is coming to Switch on October 15, along with the Halloween Terror event and we have all the info on when you can start playing.

Blizzard caused a stir when the first announced Overwatch would be headed to the Switch this summer, but fans have been wondering exactly when they’ll get to start playing.

October 15 is also the starting date for the 2019 Halloween Terror event and when all of the new skins and cosmetics will finally be revealed. 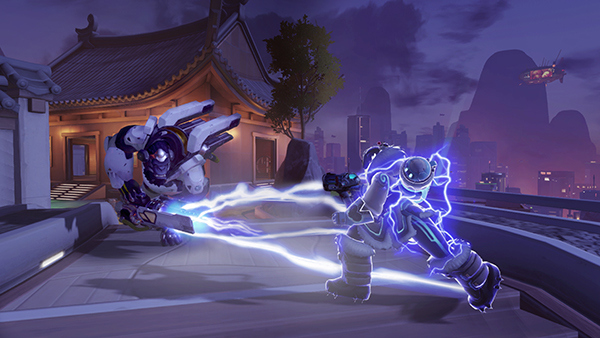 Overwatch on Switch, Halloween Terror and a new patch could all be coming on October 15.
[ad name=”article2″]

When can we play Overwatch on Switch?

According to Nintendo, Overwatch servers for Switch will go live at 11 AM PDT on Tuesday, October 15.

There’s a good chance that the next Overwatch patch and the Halloween Terror event will go live at the same time – making it one of the biggest days for the game yet this year.

Overwatch arrives on the Nintendo Switch on October 15 at 11AM PDT!

To make sure you're ready, we've put together a series of launch-day protocols so you'll know how to prepare before diving in.

With the Halloween event also starting on October 15, that means the event will be Switch players first experience with Overwatch.

Overwatch on Switch will let players use the system’s gyro controls for various abilities (like Junkrat’s RIPTire) so players can control the game by moving the Switch around.

Director Jeff Kaplan has said that cross play for Overwatch on the Switch would be an awesome feature, but it won’t be included in the game at launch. So the Switch version will operate entirely within the Nintendo ecosystem.

We still haven’t seen any new skins this year for Halloween Terror, but Overwatch did tease a disturbing new Zenyatta emote that has the hero actually use his legs to stand – scary stuff.

What about a possible new patch?

The PTR update that could go live along with Switch and Halloween Terror nerfs Sigma, buffs D.Va and a whole lot of other hero updates.

For instance, the regeneration rate of Sigma’s barrier has been decreased from 175 to 150 points a second and his Kinetic Grasp will no longer block Roadhog’s Hook or Brigitte’s Whip Shot. 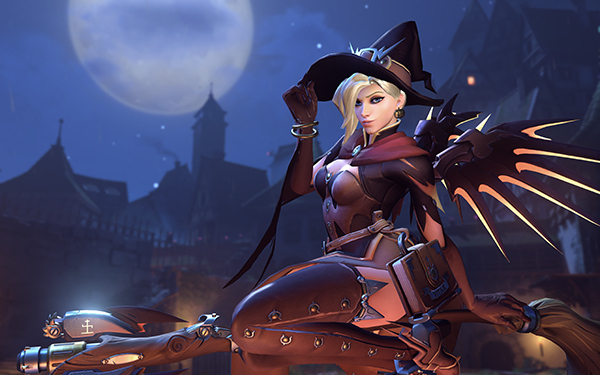 A new patch and the Halloween event should give Overwatch players on any platform plenty to do.
[ad name=”article5″]

Eichenwalde, Hollywood and Chateau Guillard will all be getting their spooky makeovers for the event, and thanks to recent leaks we know there’s a good chance Junkertown will be this year’s new Halloween map.

With a new patch, Halloween Terror and the game coming out on Switch, October 15 is shaping up to be a big day for Overwatch fans.