An inventive Overwatch player has discovered a spot on Blizzard World that allows Widowmaker a clear shot at the first choke point from right outside of spawn.

Widowmaker can use her Grapple Hook to access a lot of spots in the game that other heroes usually can’t, and she uses it to great affect in the Blizzard World hybrid map.

Blizzard World’s first choke point outside of the attacking spawn can be a tough nut to crack for players, but this new spot for Widow gives her a good vantage point to start sniping from. 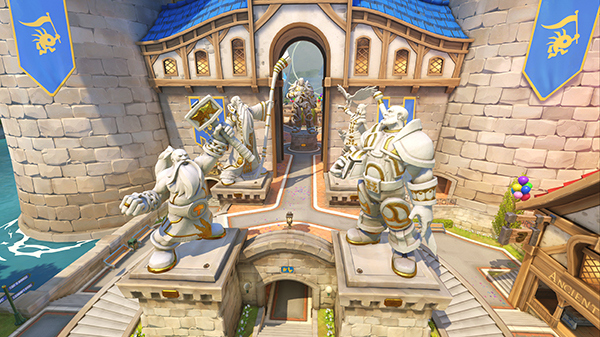 The first choke point of Blizzard World can be a challenge for some teams.
[ad name=”article2″]

“I have you in my sights”

Reddit user VkOverwatchSchool shared a video of their clever Widow perch for Blizzard World, saying that it was their favorite spot on the map.

In the slo-mo video, they melee the hanging sign just outside of Hearthstone Tavern, then Grapple to get on top of the now overturned sign.

From the spot you have a long, but clear line of sight to one half of the first choke point, and at least a window to try and get some shots off.

You won’t want to hang out too long in the spot, unless the enemy team actually pushes through the choke, but it could be used to try and score that crucial first pick.

Widow’s not the only hero who could get up to this spot though, Hanzo could also find a way up there with his wallclimb. 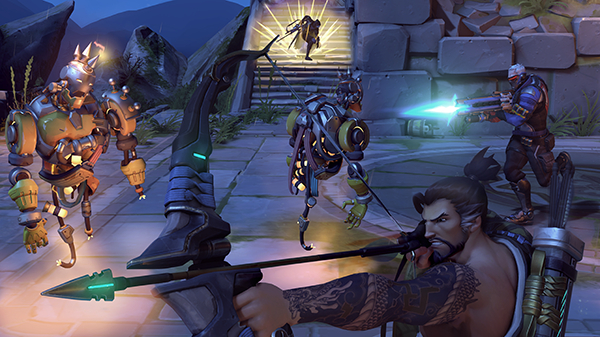 Hanzo could also find his way up to Widowmakers spot on Blizzard World.
[ad name=”article4″]

The big Overwatch news this week is the beginning of the Halloween Terror event, which kicks off on October 15 and runs until November 4.

We still haven’t seen any of the new Halloween skins for 2019, but Overwatch did tease a new Halloween Zenyatta emote that some fans have been asking for since the game came out.

Along with Chateau Guillard, Hollywood and Eichenwalde, there’s evidence suggesting that Junkertown could be the next map to get a Halloween reskin.

But it looks like we probably won’t know for sure what the next Halloween map or any of the new skins will look like for 2019 until the event gets going on October 15.

Sources: NiP in dispute with CSGO players over sticker money

What is today’s Heardle? Answers & hints guide (May 17)