Two Popular Theories for the Next Overwatch Hero - Dexerto
Overwatch

Two Popular Theories for the Next Overwatch Hero

Blizzard appears to be teasing the next Overwatch hero, and two popular theories have developed regarding who it will be.

We’re on schedule for a new hero in the coming month, and Blizzard seems to have begun the process with now-characteristic vague teasers.

While the first was too obscure to offer much basis to go on, the latest – which adds the briefest of glimpses at what is presumed to be the hero, or at least a weapon or tool of theirs – has sparked the usual speculation, with a couple of notable theories offering the most likely explanations.

The most popular theory for hero 28 is Hammond, a genetically enhanced primate who originally resided at Horizon Lunar Colony with Winston, before an uprising by the gorillas there killed the scientists running the experiments.

Though it was originally believed that Winston was the only one to make it off of the moon base after the uprising, it was later hinted that another, known as Hammond, might also have escaped. This revelation prompted speculation of a new hero, but Blizzard didn’t immediately follow up on the original hints.

Now, however, a change to the Horizon Lunar Colony map which added a room that is believed to have been Hammond’s has thrust him back in the spotlight just as speculation begins for a new hero. Clues in the room heavily implied that Hammond had in fact followed Winston to earth, using a pod to hitch a ride behind Winston’s rocket.

Though the latest presumed hero teaser doesn’t show an ape, the ball that rolls through the brief clip does bear resemblance to the escape pod depicted in plans found in Hammond’s room, leading fans to speculate that this is what was seen in the clip.

Another theory has arisen to challenge this one, however, albeit based on a slightly more obscure reference. Many fans have long been expecting another Junkertown-related hero – perhaps even the Junkerqueen herself – and while she seems to be off the table for now, another Junkertown candidate has been identified in the form of “Wrecking Ball”, seen on a poster describing it as “the champion”. 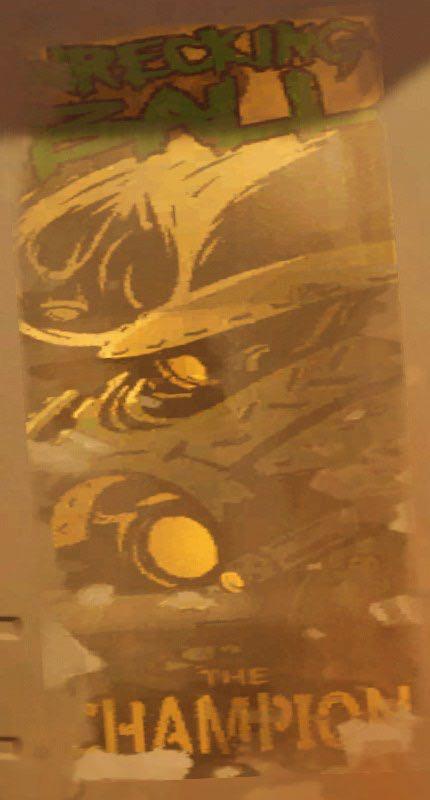 It’s also not impossible that both theories could prove correct – that Hammond and the Wrecking Ball could be one and the same. Hammond is believed to have reached earth at the same time as Winston, but he also doesn’t seem to have made his existence known to the world since his arrival.

While much of the history of the world of Overwatch remains shrouded in mystery, it’s hard to imagine that Hammond wouldn’t have been referenced by now if he’d played a major role in some of the central events, particularly given his connection to founding Overwatch member Winston. While it’s certainly within Blizzard’s power to carve a place for him, the more obvious explanation is perhaps that he’s spent his time on Earth in hiding, or at least going by another alias.

If that were indeed the case, what better location for a genetically-enhanced primate than the town of rogues in the Australian outback that is Junkertown? Given that Hammond is a result of the same experiments as Winston, it’s definitely feasible he could construct a mech for himself to both give him a combat edge – as he’s believed to be much smaller – and keep himself concealed from potential captors.

Assuming a release by the end of July – and testing on the PTR for at least a few days prior – it’s likely that we’ll get answers fairly soon, as Blizzard continues the gradually hints leading up to a full reveal that has become typical for major new content.