Overwatch fan and artist Antonio Demico has created a skin concept for Reaper that would be perfect for the Winter Wonderland event called “Krampus” Reaper.

Junkrat ended up getting the official Krampus skin this year for the Winter Wonderland event, a skin that one fan predicted all the back in 2017.

There are a ton of great skins for heroes available during Winter Wonderland 2018, but Demico’s concept will leave Reaper mains wondering what could have been. 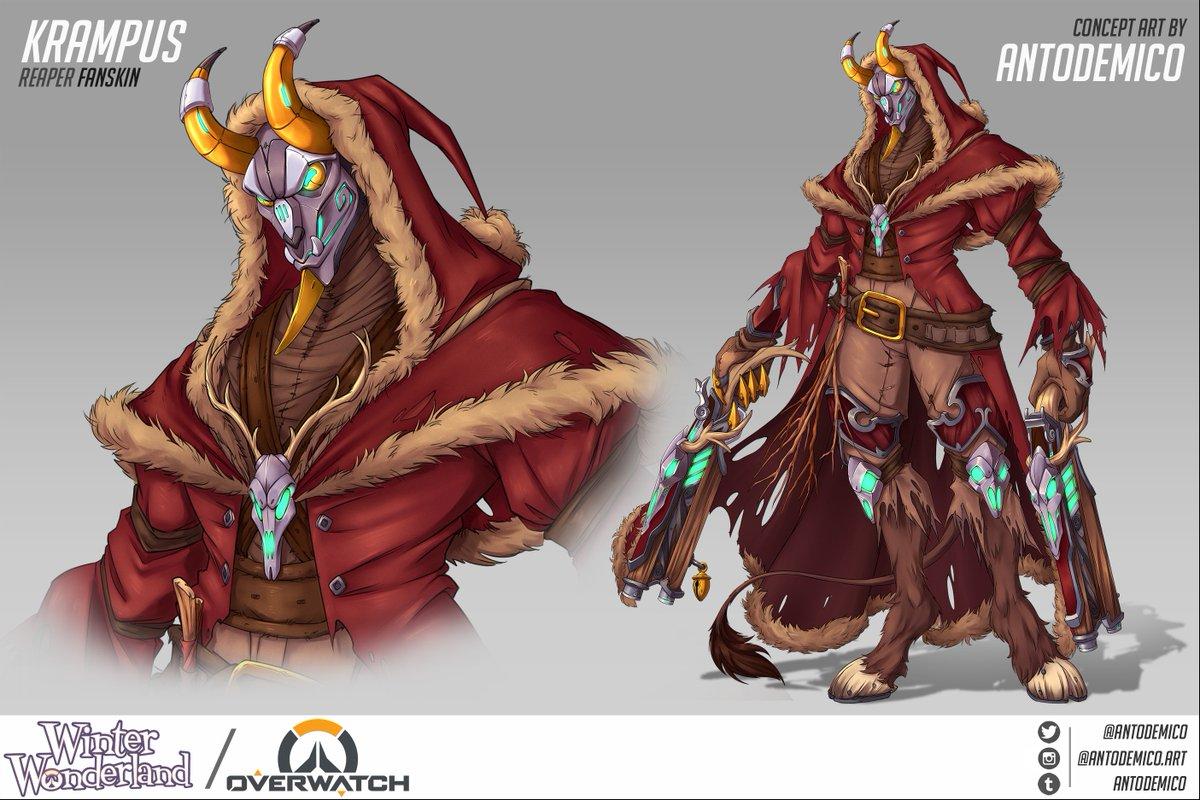 Demico posted the concept to his Twitter, and it is an awesome reimagining of Reaper as the half-goat, half-demon Krampus.

He’s got the dingy Santa robes, hooves, a tail and his weapons and armor are covered in creepy skulls.

Demico said he started to work on the concept long before they announced the Junkrat skin, but thought it would still be cool to share it.

The concept is another impressive one from Demico, who also created the “Plague Doctor” Ana skin concept awhile back for Halloween.

Overwatch’s Winter Wonderland even runs until January 2, and there are a ton of skins and cosmetics for players to collect, even if Krampus Reaper isn’t among them.