This fan-made branding for the new Hangzhou Overwatch League team fleshes out the logo and makes the main color pink, something fans of the league have been wanting to see for awhile.

The concept was posted to the Competitive Overwatch subreddit by user Wreyrwy, who said it was based on a rumor that Hangzhou would be using pink and blue as their team colors.

The rumors come from Chinese social media sites like Bilibili, which actually owns the Hangzhou franchise, and since the site’s main colors are pink and blue, many users have speculated these are the colors the team will use in Overwatch League.

Bilibili, a Chinese video-sharing site, have themselves hinted that the team colors will include pink, blue or white, and the owner of the site has said he would like to see a pink Reaper as well.

The concept itself looks awesome and even manages to make Hangzhou’s leaked “finger-gun” logo look good with some nice branded lettering and effects. 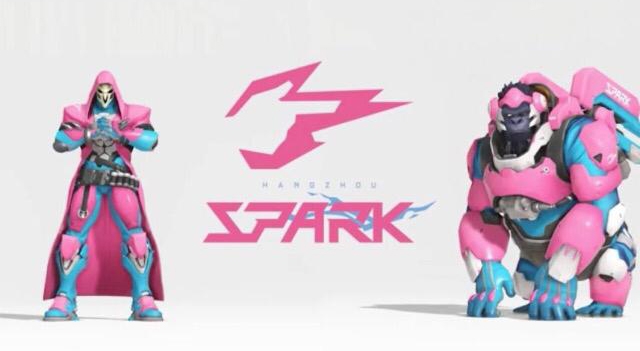 Could the official Hangzhou branding look similar to this?
600https://www.reddit.com/r/Competitiveoverwatch/comments/9x0ug5/hangzhou_spark_is_rumored_to_use_pink_and_blue_as/[ad name=”article3″]

Plus, having pink as their primary color could make Hangzhou’s merchandise an instant bestseller since fans have made it clear they really want a pink team in the league.

Fans will know soon enough, as Hangzhou are set to announce their official branding on November 15. If they do go with pink, it could help to overshadow fans frustrations with the finger gun logo.