Streamer plays Overwatch with an actual tea pot and teabag

Twitch streamer Rudeism’s latest Overwatch custom controller might be his most ridiculous yet.

Rudeism is known for designing and building creative custom controllers for a variety of games. Several of his creations have been designed for specific Overwatch heroes, including a baguette/pizza combo for Brigitte, a boxing glove for Doomfist, and a glove with an airzooka for Lúcio.

His latest custom controller is for Ana, but rather than attempt to mimic the in-game movements of the hero as he does with many of his controllers, this time Rudeism has taken more of a thematic approach. 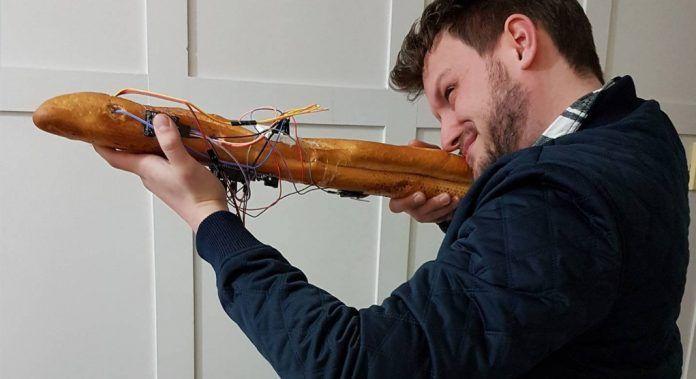 Rudeism, seen here with his baguette controller for Widowmaker, is known for his bizarre custom controllers.
[ad name=”article2″]

It’s Ana’s love of tea that inspired her own controller. Rudeism’s set-up involves both a pot and tea cup which are used to control the hero. By “taking a sip” from the cup, Rudeism can fire Ana’s biotic rifle. Pouring a new cup from the tea pot is how the rifle is reloaded.

Ana’s other abilities, biotic grenade and sleep dart, can be selected through use of a button on the tea pot, while movement is controlled through thumbsticks attached to the pot and the cup like a standard console controller – just about the only thing remotely “standard” about Rudeism’s latest set-up.

Of course, the final touch to the set-up is the teabag which sits inside the teapot. By pulling on the teabag’s string, Rudeism can crouch to perform the classic taunt.