Secret Overwatch tricks will help you rank up as every hero

Overwatch was released all the way back in 2016, but judging by a new video from Blizzard Guides, there is still much more to the game yet to be discovered and fresh tricks to let you get the upper hand on your opponents.

The new video from the channel goes into detail regarding every hero in the game and how to improve with each one with a trick or tech. While some of the information in the video is pretty well-known, such as using McCree’s Deadeye Ultimate to reload, there are some techniques that will leave even Grand Master players in awe.

One of the more interesting tips is for the meta support Baptiste. As Nate explained, you can shoot and heal at the same time. By firing two shots from the gun and firing a healing grenade, you don’t lose any of your potential healing per second. In big team fights where maximizing your actions can be critical, this trick will make sure you’re balancing damage and keeping your team topped off.

Baptiste is one of the most powerful heroes in Overwatch,

With Hanzo, one of the best ways to survive is by looking down and to the right or left to completely change your head hitbox making it much more difficult for the enemy to quickly elimination you with headshots.

Nate added that this technique works incredibly well for duels and is something you should definitely consider if you’re in a sniper battle and want to avoid a one-shot death.

For Mei, her wall is more than just a tool to split the enemy team. Abilities such as Baptiste’s Immortality Field, Torbjorn’s turret and Orisa’s SuperCharger ultimate can all be blocked with her wall. This is great at quickly removing an obstacle that gives your opponents an edge.

Of course, with this knowledge, Orisa players would be wise to wait until Mei’s wall is on cooldown before putting down their SuperCharger.

One of the best tips in the guide is for Reinhardt. If you hold down a button during your charge, you will cut the animation of the ability you’re trying to use at the end of it. This can result in some sneaky and swift Earthshatters, fire strikes or hammer swings.

The final tip worth noting is that with Sombra, if you use cloak and then reload right after, you can throw your Translocator without an animation. This can save time and help optimize your kit. It’s a little trick that could help you catch your foes off guard. 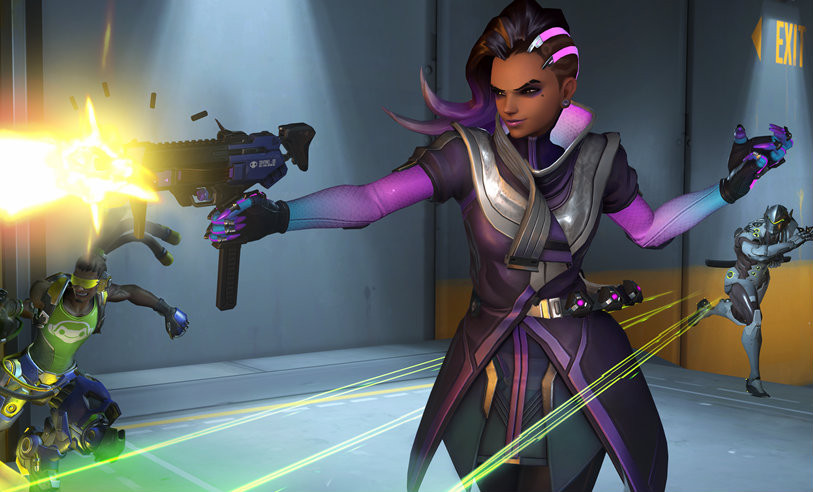 Canceling the Translocator animation is a cool optimization tech for Sombra.

There’s a lot to unpack here, but if you want to take your game to the next level, knowing your main inside and out can make all the difference.

With Season 20 of Overwatch Competitive set to start on January 2, these tips could help you climb and reach a career-high.