Junkrat is the latest Overwatch hero to have a new Winter Wonderland skin revealed, known as “Krampus”, it’s the perfect fit for the insane Australian during the holidays.

So far we’ve seen winter skins for Zarya, Lucio, Mercy, Widowmaker, Bastion, Symmetra and now Junkrat all revealed in the days leading up the the start of the event on Tuesday, December 11.

So far the skins have either been winter sport themed like “Snowboarder” Zarya or “Biathlon” Widowmaker, or general holiday themes like “Gift Wrap” Bastion, but the newest Junkrat skin is in a league all it’s own. 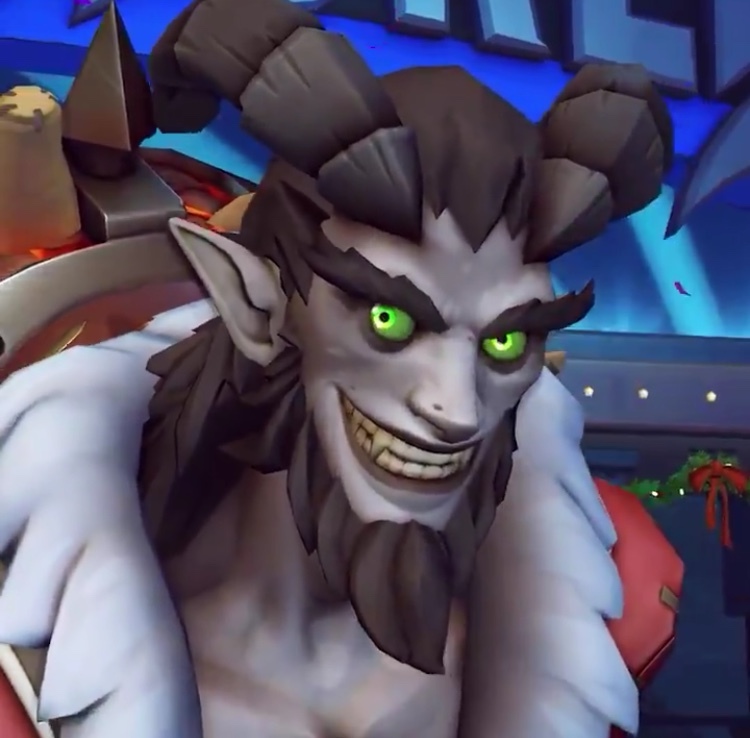 “Krampus” Junkrat reimagines the hero as the half-goat, half-demon figure who punishes bad children; so he’s like Santa, only evil.

He has stitched together clothing resembling St. Nick’s robes, and his Rip-Tire is filled with the remains of some poor teddy bears, all very appropriate for both Junkrat and Krampus.

It’s good to be bad.

Get on the naughty list as KRAMPUS JUNKRAT (Legendary)! :smiling_imp:

The skin is listed as a Legendary, so it will cost players 3,000 coins to purchase, unless they happen to get it in a loot box.

Overwatch’s Winter Wonderland 2018 starts on December 11 and will see the Yeti Hunter and Mei’s Snowball Offensive modes return, and a special holiday version of the Blizzard World map.