Brigitte’s new “Toast” victory pose for this year’s Winter Wonderland event pokes some fun at an Overwatch fan theory that was popular just before the hero was released.

Overwatch’s Winter Wonderland event introduces a ton of new skins and cosmetics for heroes this year, and may have also broken BlizzardWorld in Arcade mode.

A number of heroes got the “Toast” emote, like Tracer, enjoying a nice cup of tea, but Brigitte’s contains a little Easter Egg for eagle-eyed fans.

Before Brigitte was released one of the popular fan theories about the next hero was that it would be a cat, wearing a jetpack on it’s back, which was a hero design Blizzard had toyed around with in the past.

In the new pose, Brigitte’s mug is in the shape of a cat, and some sharp-sighted players discovered that on the back of the mug is a small jetpack, making the mug the infamous Jetpack Cat. 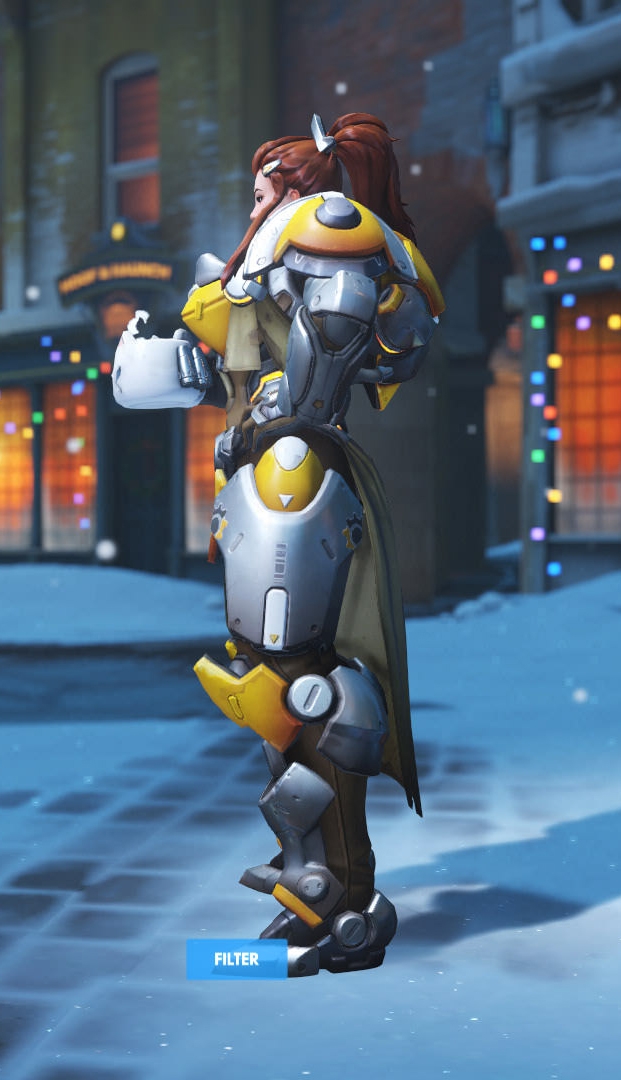 Even though fans never got a Jetpack Cat hero, at least now there’s some rocket propelled feline representation in Overwatch.

Brigitte’s Toast pose, along with the rest of the Winter Wonderland skins and cosmetics are available in loot boxes and the Hero Gallery until January 2, 2019.