Overwatch players have discovered an Easter egg in one of new hero Sigma’s in-game sprays.

Sigma is Overwatch’s 31st hero, an eccentric astrophysicist who’s unaware he’s been turned into a living weapon capable of harnessing the power of gravity and is working with Talon.

The new tank is currently available to play on the Public Test Realm (PTR), and Blizzard recently added all of his cosmetic options with an update on August 1.

Naturally, players are most interested in the skins on offer, but in one of Sigma’s sprays Overwatch player u/MizuJimbo has spotted what seems to be an Easter egg acting as an homage to something entirely outside the game or even any of Blizzard’s titles.

The spray shows a scan of Sigma’s brain that features a glowing orange circle that appears to resemble the famous photo of a black hole captured by astronomers for the first time.

The photo went viral after it was made public in April 2019, not only being celebrated as a scientific advancement but also becoming a meme, with some even creating cosplays based on the image. 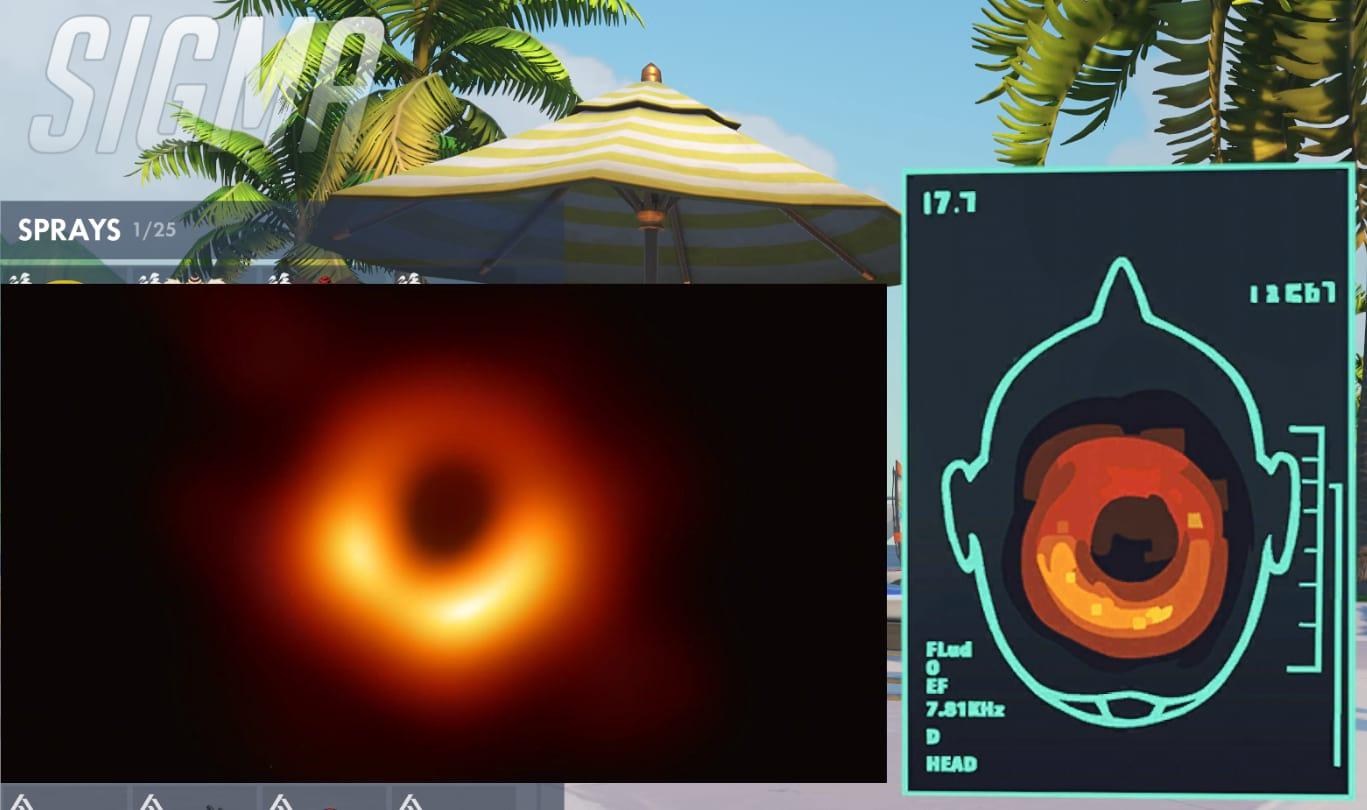 In-game elements like sprays, skins, and even voice lines aren’t strictly canon, and it’s unlikely that Sigma’s lore will include a literal black hole inside his head.

That being said, Blizzard haven’t yet actually explained how Sigma came to be capable of manipulating gravity, so it’s not beyond the realm of possibility that the abnormal brain scan could play into Sigma’s backstory in some way.

With the PTR only being available to those on PC, Overwatch players on other platforms will have to wait until he reaches the live servers in order to try out Sigma. Blizzard have yet to announce a release date, but he is expected to be available for the Overwatch League post-season playoffs, which are due to kick off on August 30.