Overwatch League champion Matthew ‘super’ DeLisi has made his feelings known about toxicity, saying that “flaming” should be a part of gaming again.

The Overwatch League has seen its fair share of toxicity in the past, with issues surrounding the use of the Pepe meme as well as former Dallas Fuel player Félix ‘xQc’ Lengyel losing his job due to alleged toxicity against other players.

Now, San Francisco Shock’s super has explained why gaming needs to bring back flaming and why it should be an accepted thing. 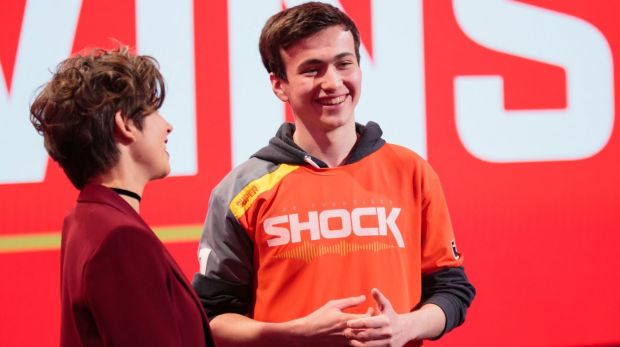 Super is an Overwatch League champion, winning the league in 2019 with San Francisco Shock.

Discussing why some players feel the need to pick off-meta champions rather than just learn meta ones, super said:

“I’m telling you dude, flaming needs to be a part of gaming again. You just need to start flaming the f**k out of people sometimes. I swear to God, dude, some people just need a good sh*t on, they need to get f**king flamed. This is how you know some people weren’t bullied, I’m just gonna say it.”

His teammates laughed as he continued, but sounded bemused and asked “what the f**k” after his last sentence.

He later clarified his statement, explaining that he doesn’t advocate bullying but that some people “need it.”

“I’m not advocating bullying, I’m just saying sometimes people need a good… they need a good verbal beat down. That’s what I’m saying. Like, some people, they run rampant and they think they can do what they want and that’s not the case. I’m not here for physical bullying but… you know.”

Super seems to struggle around his wording, aware that he’s probably digging himself a hole but struggling to properly explain what he means.

Super’s comments are often reflected in the online gaming space, with some players looking at the verbal abuse they would endure just a few years ago as a sign of getting through something monumental, or even a source of pride for having dealt with it.

Needless to say, his comments will likely upset some people in the space and be supported by others, but we’ve seen organizations including the OWL take action against players in the past for toxicity – so pro players like super really need to be careful of what they’re saying on stream, because it may bite them down the line.