Overwatch’s newest LEGO Bastion skin got many fans of both franchises excited, but some elements of the skin have made it practically “unplayable”.

Overwatch’s latest event, Bastion’s Brick Challenge, has turned everyone’s favourite turret into a LEGO set. The cute crossover skin has gotten many fans of LEGO and Overwatch excited to grind out the nine wins to unlock the skin, as well as some other neat sprays and icons.

However, while the skin looks great, players have expressed some concerns with its functionality, rendering it almost unplayable. 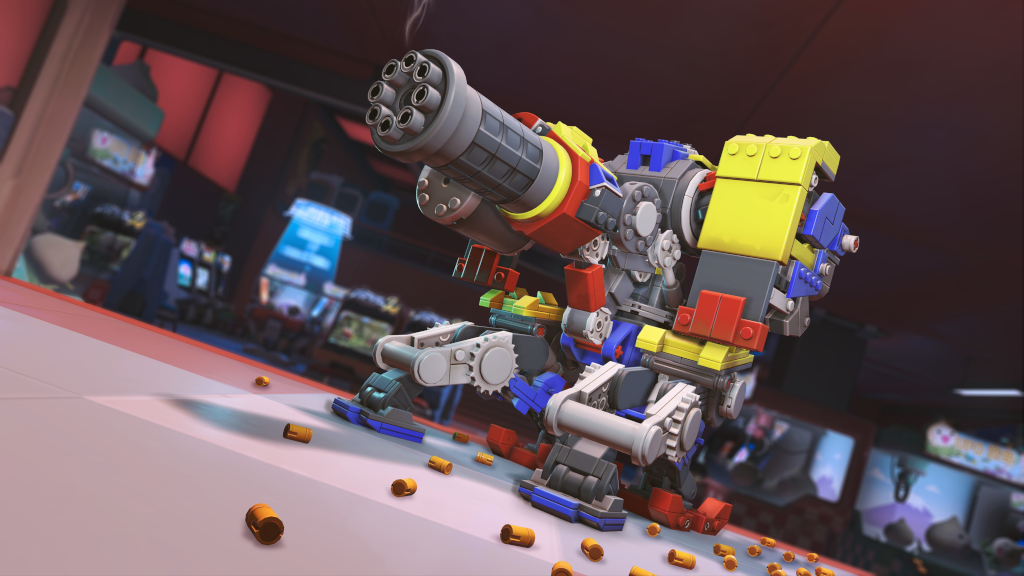 LEGO Bastion was released today, but the skin isn’t without issues.
[ad name=”article2″]

Twitch streamer and Bastion main ‘Kolorblind’ was one of the first people to mention the biggest issue with the skin – the overbearing muzzle flash. After grinding for hours to unlock the skin, she was let down by the fact that it was almost impossible to see past.

“It’s on every bullet,” she said. “How am I supposed to play like that? That needs to be removed altogether. I get that it makes it look more LEGO-y, but it’s almost unplayable.”

While the muzzle flash adds for an effect true to other LEGO games, in a game like Overwatch, it can have a significant negative impact on the person controlling Bastion. It makes it harder to see around your crosshair and aim at your enemies, which with a DPS hero like Bastion is pretty important.

The robot sentry does feature a bit of muzzle flash on other skins, but not to the same level as this. There’s no real work around for it either, so you are either stuck with playing the skin and dealing with the distracting animation, or forced to swap out cosmetics. 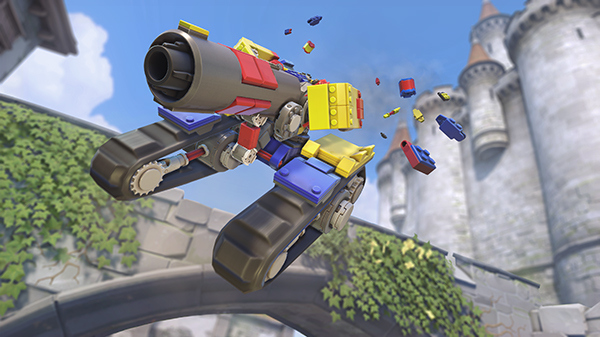 Players might struggle to use the new LEGO Bastion skin because of its overpowering muzzle flash.
[ad name=”article4″]

Overwatch already has plenty of issues regarding visual clutter which makes the game already difficult to play and watch. With the double barrier meta in effect, different colored shields are constantly breaking and being reapplied across the map, while every new hero release brings a new visual element to be worried about.

It’s a bit of sensory overload, and that can make it difficult for colorblind players like Kolorblind, or people who have epilepsy.

The Bastion skin will be available until September 30, so if you want to try it out for yourself, muzzle flash and all, you have until then to unlock it. Blizzard haven’t stated whether they’ll look to patch this issue out, but we will keep you updated if they do.