Anyone that knows anything about Overwatch will know who Ana is, but the origins of the character could come as a surprise to many of you.

It’s no secret that video game characters see numerous reworks, appearance changes and more during the early stages of development, and that rule held true for Overwatch’s most popular characters, Ana.

While speaking to Gamerant at the Toronto Fan Expo, Overwatch’s assistant art director, Arnold Tsang, revealed that Ana’s early conceptual stages were a far cry from what she ended up like.

According to Gamerant, the support sniper’s gender was up in the air and the conceptual version of the character actually resembled Bane, an infamous Batman villain, in both looks and functionality!

Tsang says that the original design, which was created by Geoff Goodman, had Ana as an alchemist wearing a full hazmat suit with various tubes and vials complimenting it, with Gamerant noting that the character had a “Bane-like chemical feel.” 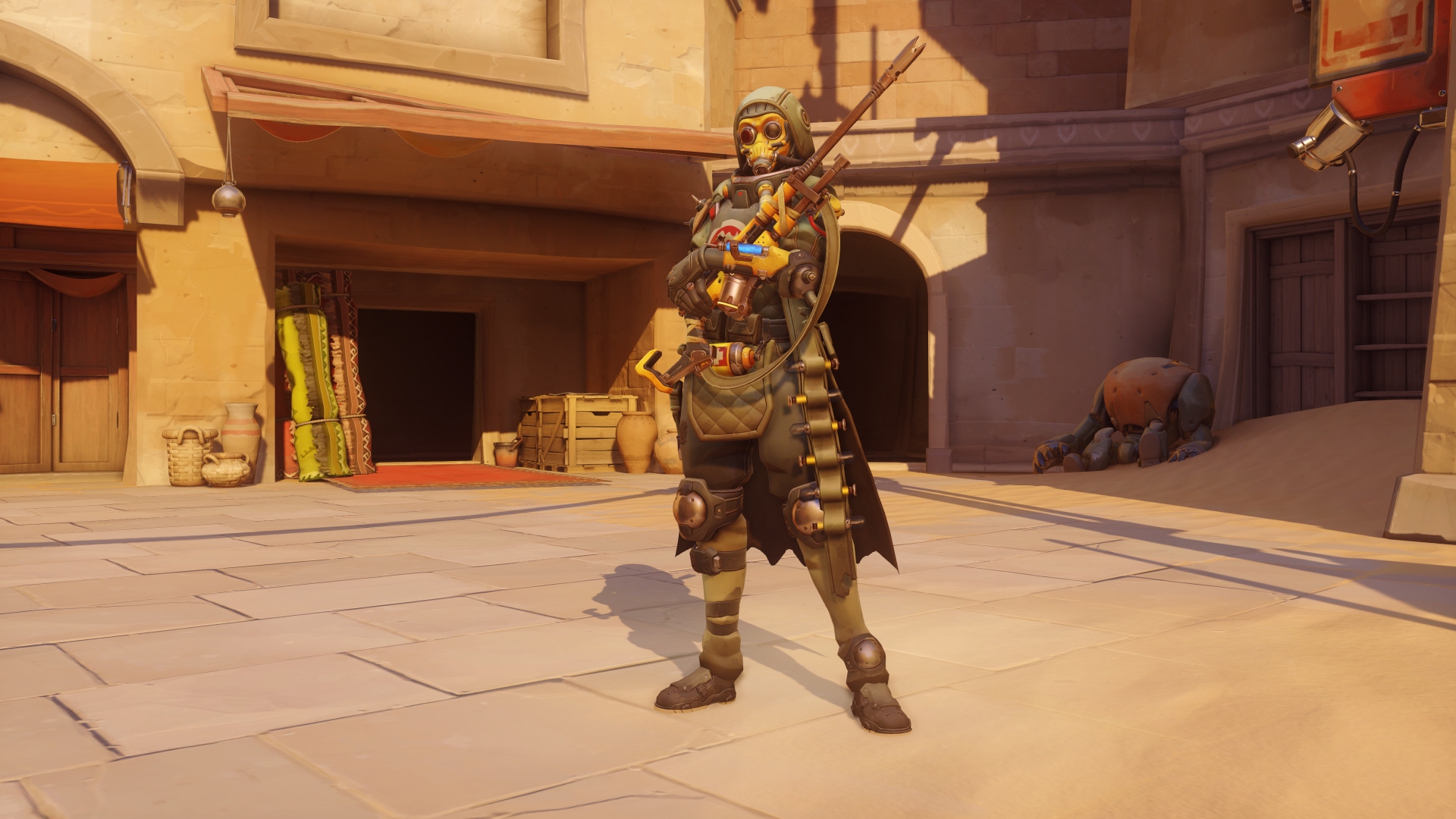 Eventually the developers decided to move away from the alchemist theme entirely, and work Ana’s backstory into the lore more seamlessly, but the chemical idea did remain in the form of biotic weaponry.

In the end it was decided that Ana would be Phara’s mother, so her character was set in Egypt. Blizzard actually worked on merging the sniper and chemical themes by removing the hazmat suit and giving her a post-apocalyptic chemical wasteland-type look, which is what her final Wasteland skin was loosely based on.

Unfortunately, Ana’s hazmat suit is unlikely to ever be added to the game, unless Blizzard somehow figures out a way to make it fit in with the rest of the game’s lore.

For now, we’ll continue to scratch our heads and ponder what an Ana-Bane alchemist hybrid would look like.