An artist at Blizzard has explained the origins of two of this year’s most popular D.Va and Winston were the only heroes to have their new skins previewed before the Anniversary event began on May 21.

Visually, both skins are amazing, and Overwatch Concept Artist David Kang (who also designed D.Va’s “Palanquin” and “Officer” skins) discussed how the pair, which are his favorite event skins this year, came about.

Let’s study up on Academy D.Va

Kang said D.Va’s new skin was a “no-brainer” but the challenge came in finding a mech to match her school uniform.

“We ultimately decided to tie it to the idea of D.Va being a pro gamer in high school,” Kang explained. “Her mech would be the mech she uses in the game she plays professionally.”

But the video game-inspired MEKA wasn’t the first iteration of D.Va’s mech for this skin, in fact, it was originally designed as a school bus.

“Unfortunately, after some research and help from the Blizzard team in Korea, we learned that Korean high-school students don’t really ride school busses,” Kang revealed. “We did some more research and found out that Korean high school students often take city buses. We tried that, too, but D.Va ended up looking like she was supposed to be the bus driver—so we designed a cool-looking robot instead.” 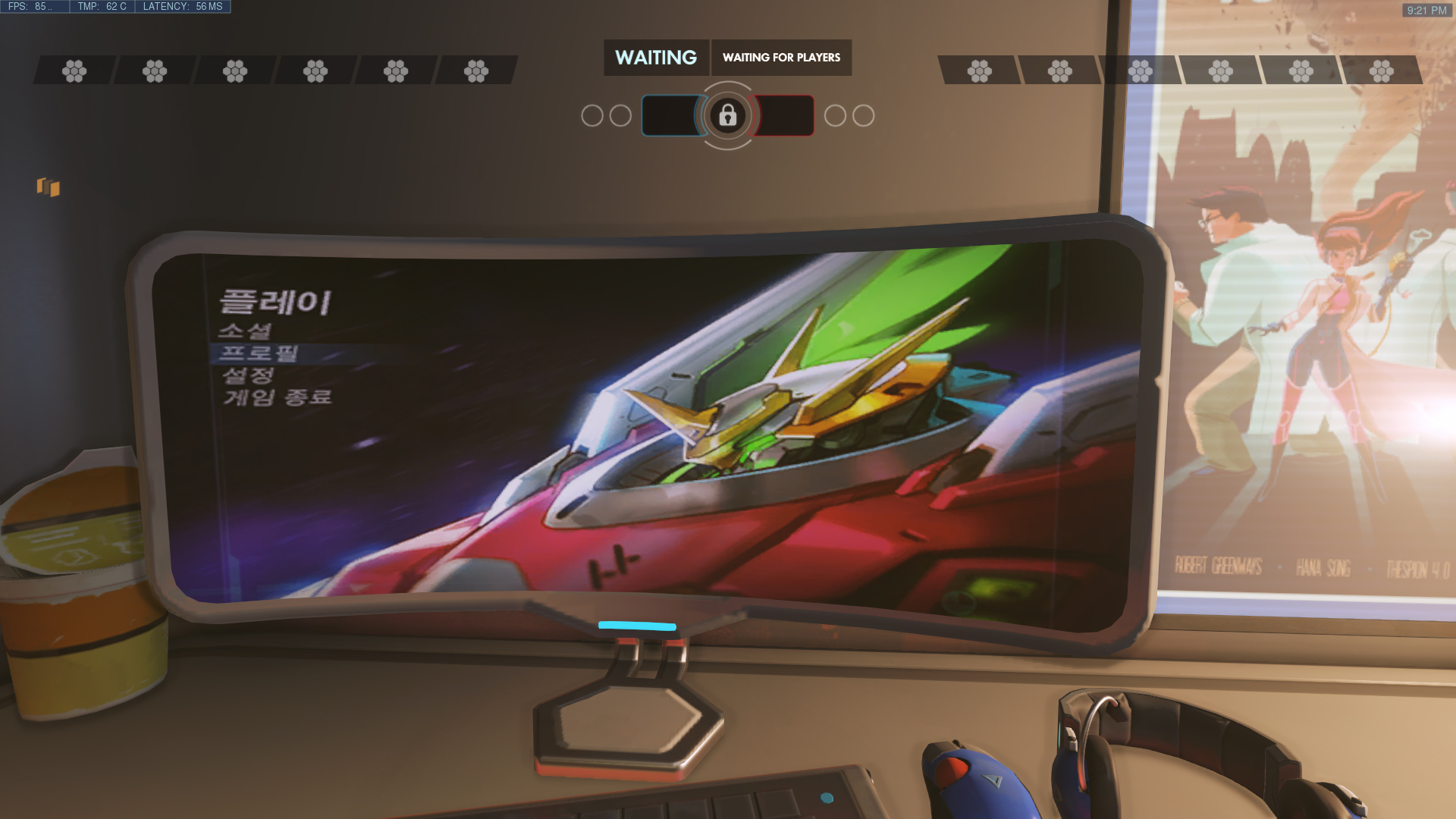 Trolling us with the new skin for over a year? Classic Blizzard.

Overwatch actually teased this new D.Va skin for over a year, if you go into D.Va’s room in the Busan MEKA base map, her mech appears on the screen of her computer.

Besides looking awesome, D.Va’s Academy skin has some mechanical details that might be easy to miss, but are definitely worth checking out for yourself.

“The head we added to the top of the mech actually moves in sync with D.Va’s head when she is inside the mech” Kang said. “ The mech also has special green jet FX when it flies.”

The legend of Gargoyle Winston

Kang said the Overwatch team has wanted to do a Gargoyle skin for years now and they finally decided that Winston would be the perfect fit.

“The concept team thought it would a perfect match for Winston, as he looks a bit like a gargoyle himself from a silhouette point of view,” Kang explained. “Gargoyles also have two different forms they can take—one as stone, and one as a living, breathing creature. Winston is similar in that he has a calm, collected state, and a berserk Primal Rage state.”

One of the biggest challenges for Winston’s skin was getting his Tesla Cannon to match the stone gargoyle look.

“For Winston’s Tesla Cannon, the cathedral spire form turned out to be a great complement to the gargoyle theme,” Kang said.

New skins for D.Va, Winston, and all the other heroes who got lucky this event will be available until Overwatch’s Anniversary ends on June 10.