If you didn’t think a Lucio could counter a Pharah player then you won’t have to wonder anymore after seeing this play.

Overwatch has over 30 heroes at this point in its lifespan and all of them have their share of pros and cons.

Generally, a DPS hero like Pharah would have a clear advantage over a support hero like Lucio but that isn’t always the case, as we’ve seen in this situation. 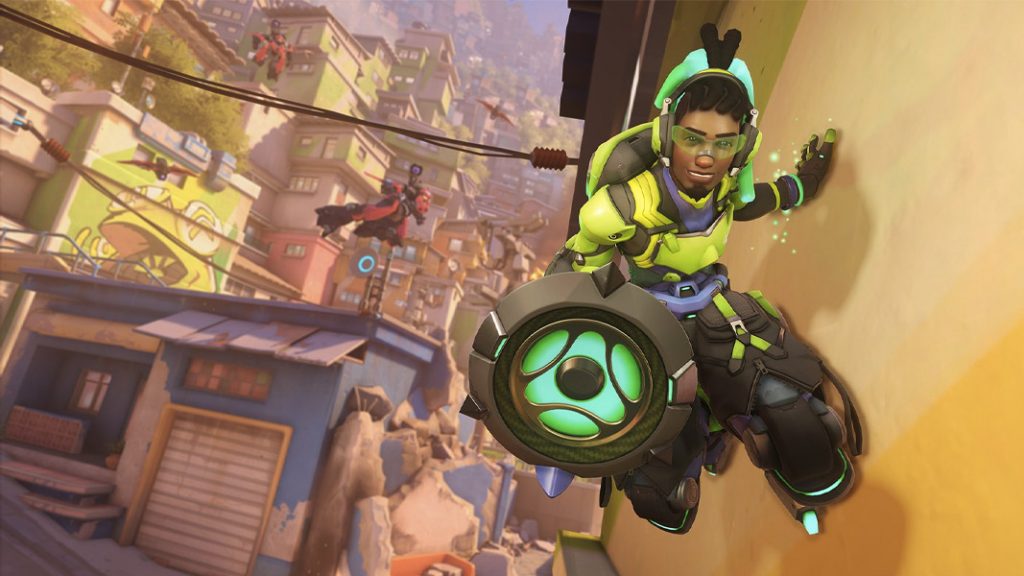 Lucio can pull off some insane moves.

Pharah has the ability to hover high up in the air as she rains down rockets on the opposing team. Usually, she’d be safe from a hero like Lucio but this fast-thinking player was able to get the jump on the Pharah.

Lucio has the ability to wall ride and some of the more skilled players are able to reach heights others can’t which can provide a much-needed advantage.

This player was able to ride on top of a building to wait out the jetpack of the Pharah and when she landed on the ground he made his move.

The player zipped down from the building and quickly eliminated the Pharah before she even knew what hit her. The Lucio player was so pleased with what happened that he even delivered a T-Bag at the end of it, just to rub some dirt in the eye of the opponent who had just been outplayed.

when the enemy has a Pharah. Me: It’s free real estate from Overwatch

Obviously, it takes a lot of practice to get this down and if you fail, your team will be down a healer and that could significantly hurt the defense of a point.

On the other hand, a team being down a DPS that’s as powerful as Pharah could potentially stall a push towards the objective.

Lucio might be known for his boops that send an opponent off the edge but you can also perform a variety of trick plays that can help you get the jump on other players.

If you plan on attempting a play like this, you better make sure you get the job done so you don’t let your team down.