During Overwatch’s seasonal events, players usually try to get as many loot boxes as possible to increase the chance of getting one of the new skins, and Winter Wonderland provides a way for players to greatly decrease the time it takes to earn loot boxes in Arcade Mode.

For Winter Wonderland this year, both Mei’s Snowball Offensive and Yeti Hunter game modes are returning to the Overwatch Arcade.

Every three Arcade games won gives players a bonus loot box, up to a maximum of three a week, and with the return of Winter Wonderland it’s possible to get all three in under an hour.

In order to get the loot boxes in the least amount of time, players need to make a team of six with good communication, then go into the Yeti Hunter mode.

With all players working together, this means the Yeti sacrificing themselves time after time, it’s possible for each player to get their nine wins in under an hour, due to how fast Yeti Hunter games can end when everyone is on the same page. 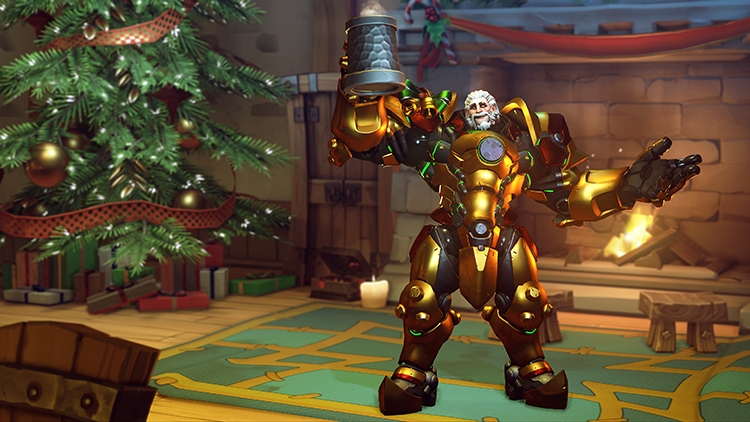 “Holiday” Reinhardt is one of the new skins available in Winter Wonderland loot boxes this year.

Hopefully, players will get at least one of the new skins out of this technique, but if not, remember that groups earn more xp than solo players do, and will earn loot boxes for leveling up much quicker.

Overwatch’s Winter Wonderland runs from December 11 to January 2, 2019, allowing plenty of time for dedicated players to get all the skins they need this year.