Overwatch’s Winter Wonderland Event starts December 11, and runs through January 2, 2019 and there are plenty of new skins, and cosmetics to collect and some classic winter game modes returning as well.

Mei’s Snowball Offensive and the Yeti Hunter game modes will both return this year to the arcade.

Several maps will be getting a winter makeover for the event as well, past snowy maps like Hanamura and King’s Row will be joined by BlizzardWorld, which is scheduled to get a temporary holiday makeover as well. 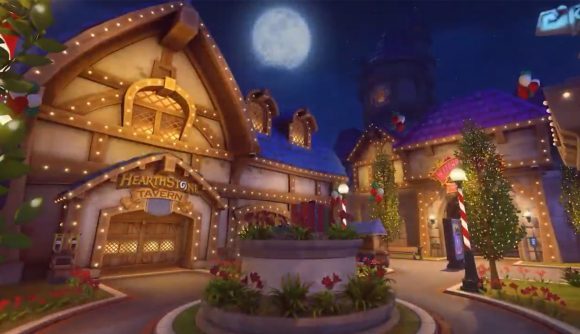 So far, we’ve seen Winter skins for Zarya, Lucio, Widowmaker, Bastion, Mercy, Symmetra and Junkrat, the prices and rarities for each are listed below

Yule have an amazing time!

There are plenty of new emotes, sprays, and victory poses as well, including one adorable emote featuring Torbjörn and a bunch of mini-turrets.

Overwatch’s Winter Wonderland event is live right now, so players have a little under a month to get all the loot they can.