EMP is one of the most powerful abilities in Overwatch in that any opponent hit with it will be unable to use any abilities for five seconds. Additionally, the move will destroy all enemy barriers, shield health and even cancel certain ultimates mid-animation. As such, countering EMP can be critical to winning games.

During a game on Volskaya Industries, ChipSa’s team was defending while Dafran’s was attacking. With a full hold needed to emerge victorious with the score 3-2, the British Fusion star knew that Dafran had EMP available and took matters into his own hands to counter it.

Right as Dafran uncloaked as Sombra to unleash the EMP on his opponents who had huddled together into a side section off the point, ChipSa put up a perfectly-timed Mei wall to shield his team from the ultimate’s line of sight, resulting in no one getting hit by the powerful ability.

While ChipSa’s play was incredible, Francesca, who had been ‘reformed’ since coming off a ban on Twitch, had coordinated with his teammates to use Orisa’s halt and an Ana biotic grenade at the same time as the EMP from a different angle. While the EMP may not have connected, the grenade did, causing Graham’s team to not get any healing.

“I f**king rolled and we still lost,” the defeated Fusion player sighed.

Meanwhile Dafran was shocked at the Mei play that countered his ability. “Wait?! Oh my God,” he said in disbelief. “That works? Jesus. I got mega outplayed.”

“Dude, that was crazy,” he further admitted. “I got super outplayed.”

Both ChipSa and Dafran have a history of controversy. Most recently, the Danish hitscan legend was suspended on Twitch. According to the former Atlanta Reign star, he was suspended due to saying “stupid sh*t all the time” and didn’t give further details. 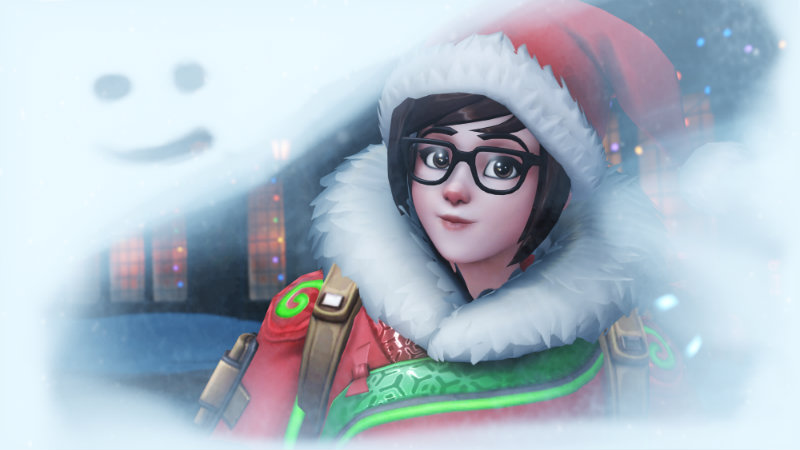 ChipSa had a smile on his face for all of two seconds after outplaying Dafran.

Meanwhile, Graham came under fire when he was signed by Fusion despite being a full-time streamer. Team Canada GM and former Dallas Fuel assistant coach Justin ‘Jayne’ Conroy claimed the Philadelphia-based team “spat in the faces” of individuals who grind for an opportunity to make it in the Overwatch League.

With moves like that incredible Mei wall, however, it’s certainly possible that ChipSa does, in fact, belong with the pros if he can continue to make big plays like that.