Daniel ‘dafran’ Francesca was able to claim victory in-game while streaming a competitive match, as a teammate of his utilized the new game-breaking bug to fly in and turn the tides of battle with a single Reinhardt ultimate.

If literal in-game tilting and every character being able to fly is the new meta, then Overwatch has got a bright future. Maybe not competitively, but in unlimited meme potential.

The new “ability” for characters to fly, thanks to a newly discovered bug in Mei’s frozen ice wall, is already paying dividends and helping players achieve victory in new and totally legitimate ways.

Dafran’s chat couldn’t stop themselves from laughing as well, as the massive Reinhardt soared upward, circling his prey like a hammer-wielding hawk before dropping into the garden entrance on Lijiang Tower.

This unexpected maneuver caught the enemy team completely off guard, allowing Reinhardt to drop his Earthshatter ultimate. This permitted dafran and company to storm the chokepoint, and the typically DPS player picked up two eliminations on one of his favorite characters, Tracer.

The surprising, but sudden, ultimate didn’t completely shatter the enemy team’s momentum, but it ballooned dafran’s team control percentage over 90%. The other team was able to rally back and re-capture the point, but Daniel showed off why he went pro, leading a charge late in the game to re-take the point and win with some more stellar play on Tracer. 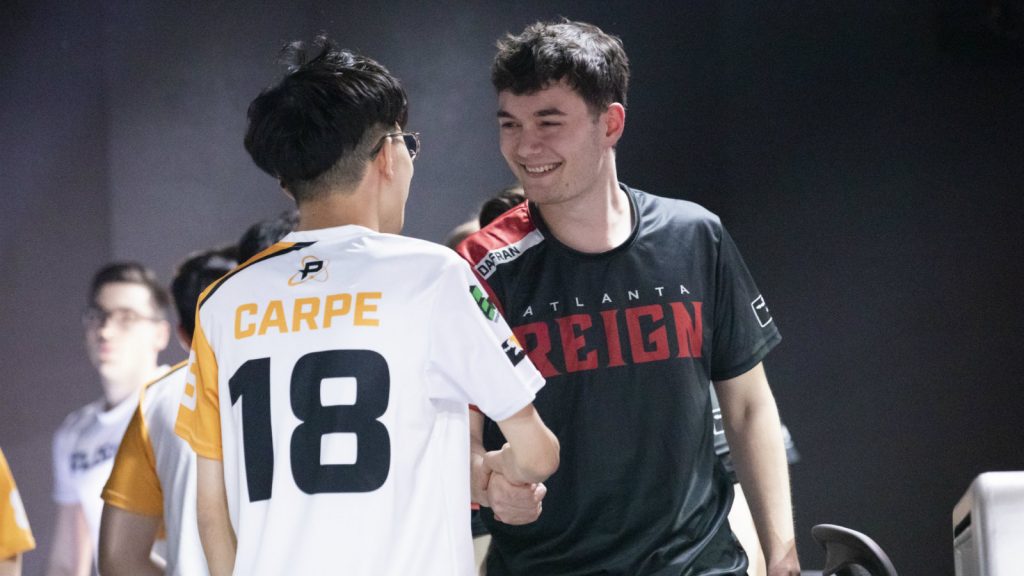 dafran during his time with Atlanta Reign

While the victory could be labeled as questionable due to the tactics displayed by the flying Reinhardt, there’s no questioning dafran’s dedication to his “reformation” project. After a Twitch ban due to self-proclaimed ignorance and admitting to “saying stupid s**t all the time,” he announced plans to come back to streaming with a more positive mental attitude.

So far, his reformation project has gone on without a hitch or speedbump, and he’s even taking it a step further by streaming through his goal of giving up nicotine.

A task so difficult, no normal man could handle, is about to happend. An attempt to quit smoking, while reforming and staying reformed, while streaming. Strategy = nicotine gum and then quitting

Not only is he going through a massive positive change, but his stream is also producing some great highlights of the new frozen wall flight meta. Hopefully, we get treated to more highlights before the “Cursed Mei” bug gets fixed.

Overwatch developers are already aware of the bug, and are currently planning to roll out a fix soon.