Last week, Blizzard sent out a warning to players using third party apps telling them that their use of such services could lead to a ban or suspension of their account, Visor, one of the applications mentioned in the warning, responded with a blog post on Sunday explaining exactly what Visor does and does not do. 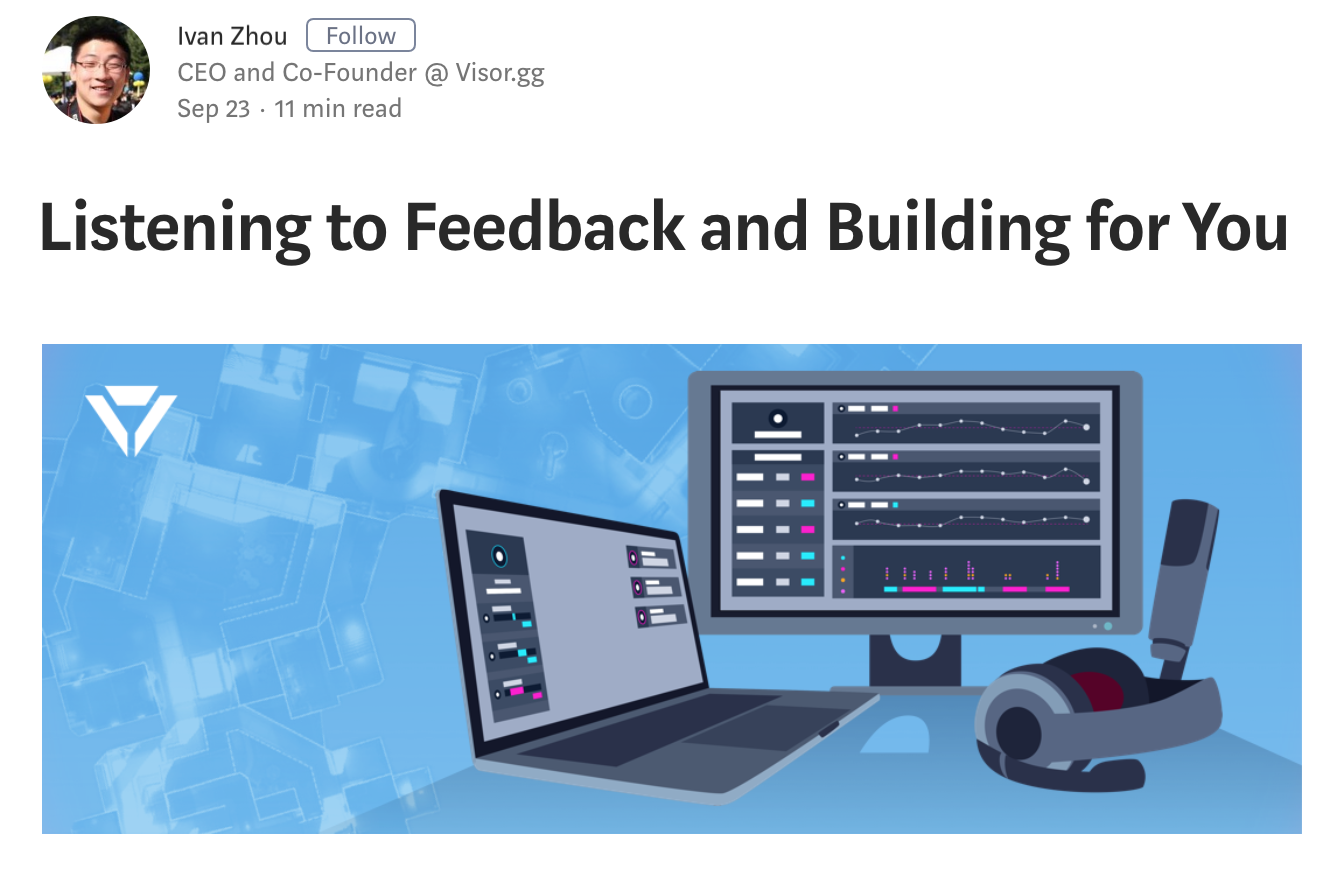 Ivan Zhou, Co-founder and CEO of Visor, wrote that there appears to be a misunderstanding on Blizzard’s part about how Visor actually works since it was directly named in the release.

In the post, Zhou said he agrees to Blizzard’s statement that information like “enemy position, enemy health, enemy ability usage, or ultimate readiness” impedes the competitive integrity of Overwatch.

On enemy positions, Zhou states that Visor “does not have, and has never had, enemy position information,” but he concedes Blizzard may have confused the apps “Play Aggressively” and “Group Up” notifications that indicate when the enemy team may be trickling or scattered.

“We are not sure why [Enemy Health] is one that Blizzard has mentioned, but Visor does not provide or have access to enemy health information,” Zhou wrote, he also added that Visor does not have information on enemy ultimate ability usage, but does provide players information on whether they are efficiently using their abilities and cooldowns.

Zhou explained that Visor functions by receiving a stream of a players gameplay and gives the player information on the game in a “clean, useful, and efficient manner to help you learn,” like, for example, a runner using a watch while running a 5K — the watch helps the runner identify how they are performing and beat their average time.

Blizzard sent out a warning to players last week telling them that use of a third party application — like Visor — could result in a permanent ban on their account.

Obviously, Visor disputes the claims made by Blizzard, whether or not this will move Blizzard and the Overwatch team to reevaluate their stances on third party apps remains to be seen.