Artist and Overwatch League fan Krystal Robinson decided to poke some fun at the League by making each team their very own goat.

The Overwatch League’s second season is in full swing and the so-called GOATS meta is by far the most common team composition we’ve seen.

Except, casters have tried to stay away from calling the strat “GOATS,” instead using everything from “triple-tank, triple-support” to “3-3” instead.

Former Overwatch League pro Brandon ‘Seagul’ Lanred explained why the League wants casters to use other terms, rather than the nickname the comp has come to be known by.

So, Robinson decided to bring the goats back to Overwatch League by creating a goat to represent each team in the league.

The reaction to watching mostly GOATS has been mixed from Overwatch fans, but so far everyone seems to be enjoying Robinson’s creations. 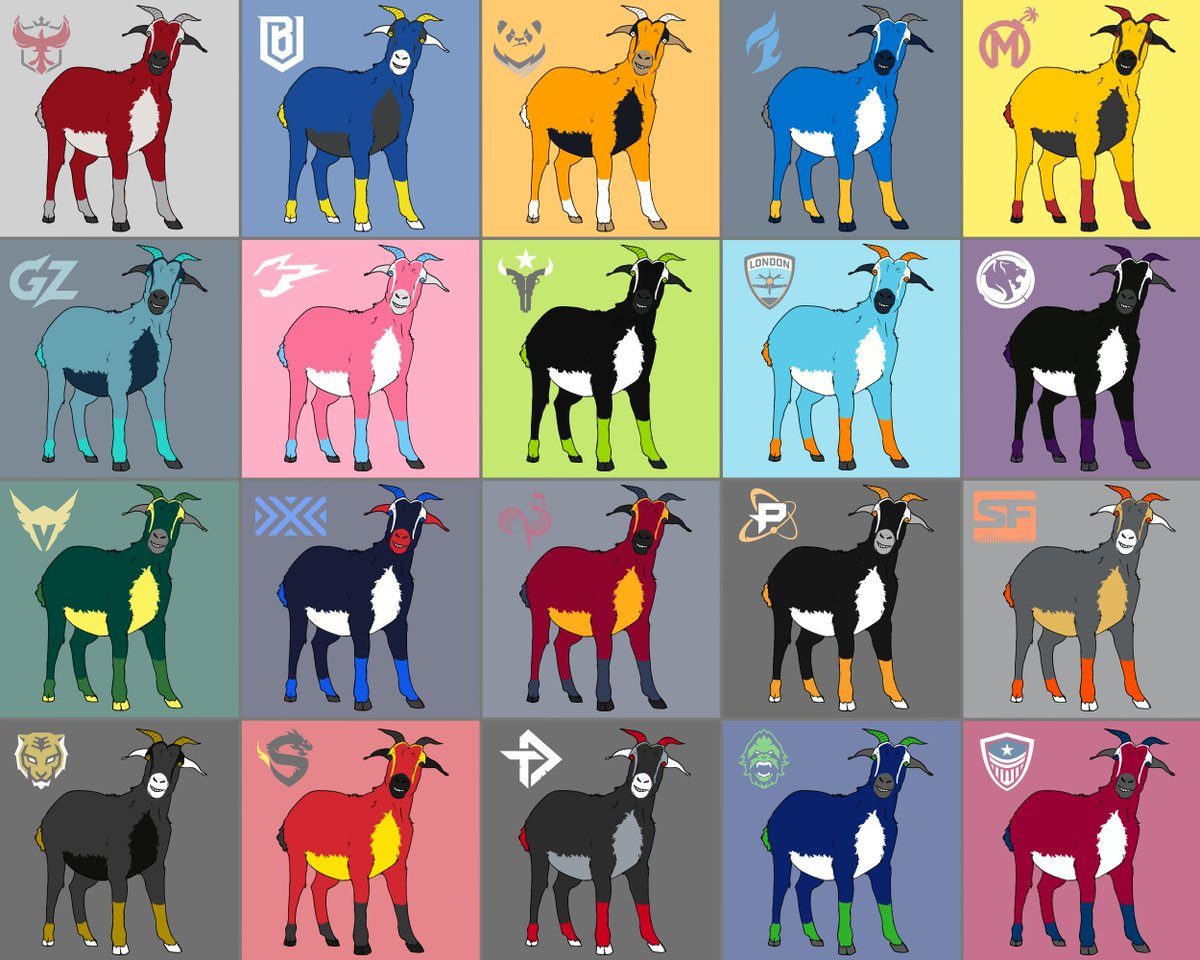 That’s a lot of GOATS.https://twitter.com/TheKarmaDash[ad name=”article3″]

She even made an Overwatch League goat, with a little moustache, as tribute to caster Monte Cristo, who just this week, got rid of that caterpillar on his upper lip.

@MonteCristo I made a league mascot goat with a mustache just for you, a classy goat pic.twitter.com/3suQj05kSY

Despite the reaction to the current meta, Overwatch League proved pretty popular during its opening weekend, where it took the title to the top of Twitch’s most viewed games.

The Overwatch League will continue with its second week of play starting on Thursday, February 21.