Artists have been giving barista Ashe and B.O.B. and Subway Hanzo, now Zenyatta’s been put to work at the local mall’s Cinnabon.

The great skin concept was created by artist Jelly, who said she was inspired by fellow artist EmBBu, who made the fantastic Subway Hanzo skin.

For this concept, Zen’s given a blue cap and the appropriately branded apron for his new job.

The best part of this concept though, are his orbs, which have been turned into some delicious-looking glazed donut holes.

Altogether it makes for a really unique skin concept for Zenyatta that would be a hit, if it were actually real. 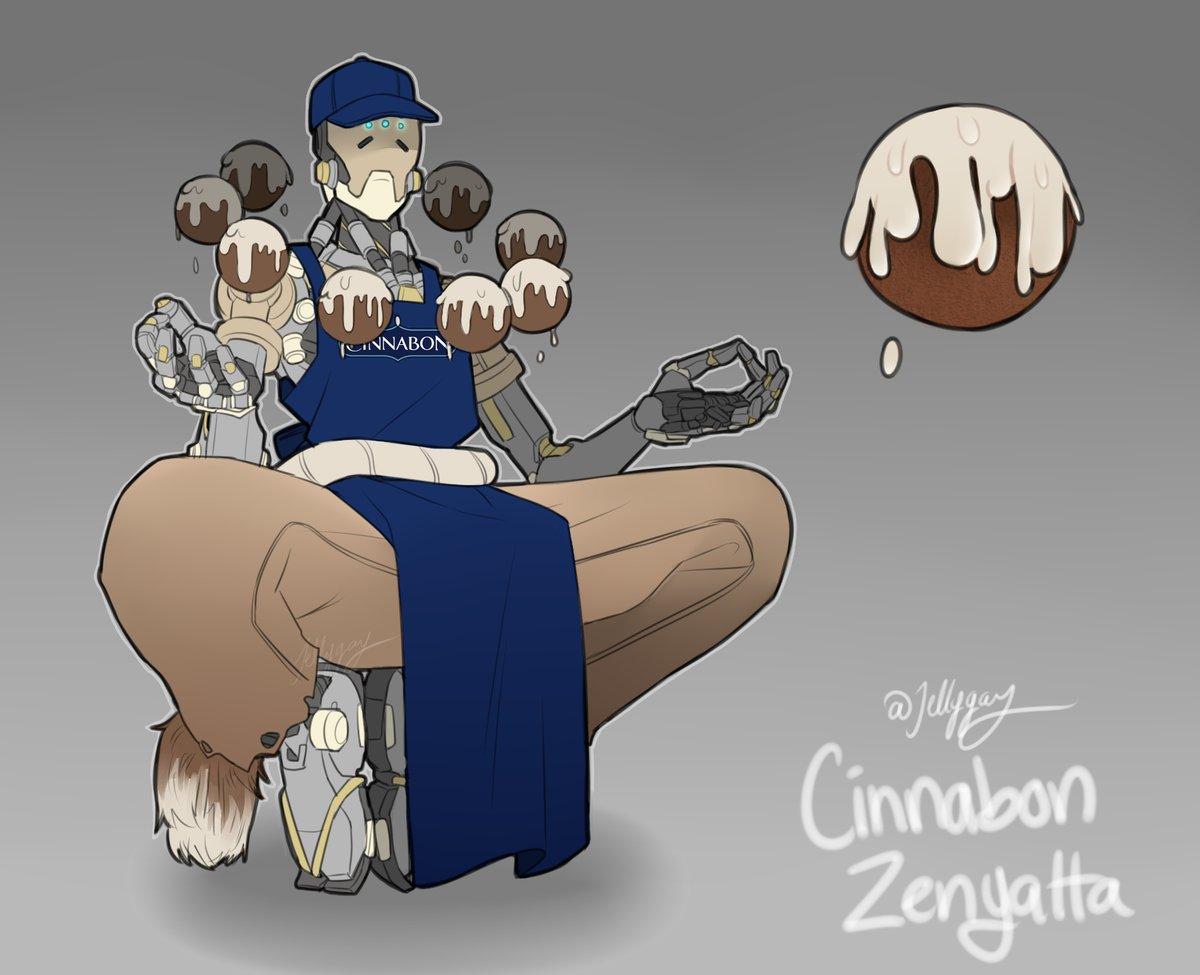 With the influx of food service skins we’ve seen this week, it’s pretty clear how hungry Overwatch players are for cool new skins.

But, like with Subway Hanzo, this skin doesn’t have a great chance of becoming real, unless Cinnabon becomes Overwatch League’s top sponsor someday.

With all the awesome skin concepts that have sprung from this idea, we’ll probably get plenty more Overwatch skin ideas that put heroes to work.